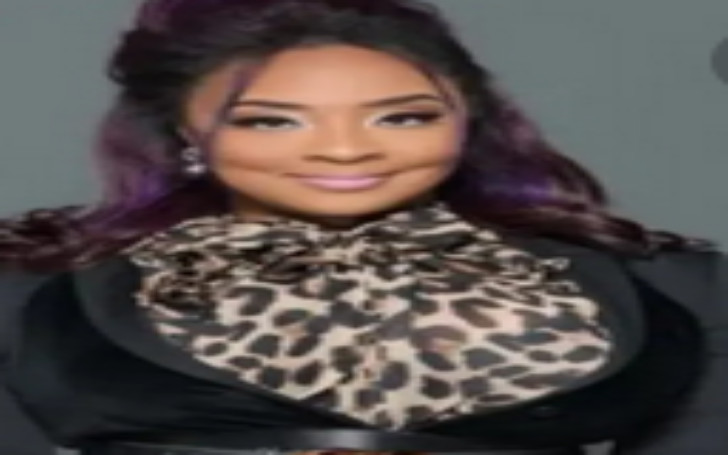 Jesseca Dupart is an American entrepreneur famous as the founder and CEO of Kaleidoscope Hair Products. She is famous for her amazing styles and style products. Dupart is a self-made businesswoman who is fascinated by beauty and fashion. Her hard work and dedication have inspired many women to be something on their own.

How Old is Dupart?

The businesswoman was born on 12 February 1982 in New Orleans, Louisiana, US. She is 39 years as of 2021. Dupart's full name is Jesseca Faye Dupart.

The businesswoman was born to father Jesse Anthony Dupart, and mother Evelyn Dupart. She has two brothers, Jesse Jr Dupart and Damon Sr Dupart, and a sister, Jheri Dupart.

She attended Warren Easton Charter High School. Further, no details are found regarding her educational qualifications.

Dupart is from African- American origin. She was born under the birth sign Aquarius. She holds American nationality.

The entrepreneur's current relationship status is under review. Some of the unknown sources claim her to be in a relationship, but no confirmation is found regarding her boyfriend.

Furthermore, she is a mother of three children. It is reported that the children are born from her previous relationships. However, she has never opened up on her relationship, neither previous nor current.

The CEO of Kaleidoscope Hair Products stands at the height of 5 feet 2 inches.

In a recent time, she grabbed all the limelight and made news headlines by her weight loss. She lost around 10 kg weight and flaunted her reformed body in her Instagram pictures. After weight loss, Dupart is around 87 kg.

Her Instagram pictures are flooded with her fashion sense and attractive styles. She is fond of beauty and fashion. Also, she has set an example of a bold self-made businesswoman and has inspired the world by her hardships and struggle.

Jesseca's Net Worth And Lifestyle

The self-made millionaire is estimated to have a net worth of around $5 million. The entrepreneur has earned major of her income from her hair products business. She has a lavish lifestyle which she often flaunts in public.

Dupart started Kaleidoscope Hair studio in 2013. Unfortunately, the studio caught fire in December of the same year. Then she came back with the Kaleidoscope Hair Products in July 2014. She has earned a good income from huge sales of her beauty products.

Her party pictures and alluring lifestyle is seen in her Instagram pictures.

The businesswoman has also posted pictures of a beautiful and lavish mansion which she gifted to her mother. The house is two times bigger than the house her mother has earlier.

Also, read the articles of Onyx Kelly and Priscilla Tuft