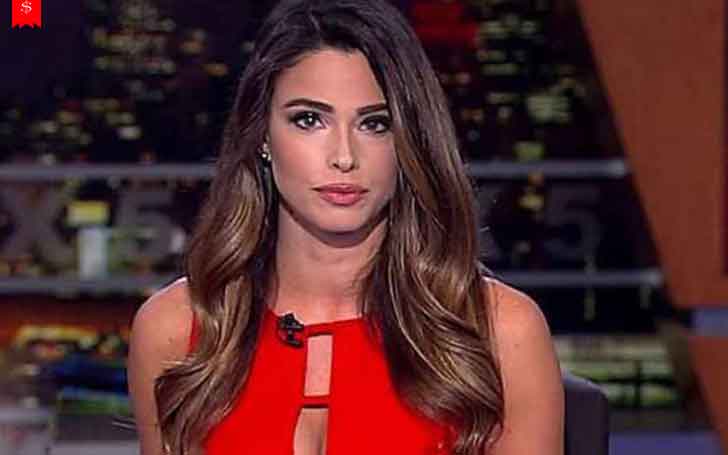 Born to William Patrick Lahmers and Cathy Lahmers Scolari, this sexy and stellar FOX News reporter has stolen the hearts of many. She was born Jennifer Lynne Lahmers in Dover, Ohio on the 19th of February, 1984. She is 35 years old now.

Jennifer finished her high school from Dover High School in 2002. She went to university at Ohio University E.W. Scripps School of Journalism, where she received a Bachelor’s degree in Media & Journalism. Her interests in news reporting dates back to her childhood days, when she was playing fake “radio broadcasting” games with her friends.

As to her precocious talent as a TV anchor and news reporter, Jennifer alludes the talent to the news reporting games she used to play with her childhood friends as an 8-year-old, according to a 2014 interview. She played these games with her then friends Erin, Theresa, and Steffanie.

After each of their initials, they had named their news network WJETS. She believes the cassette recordings of her doing the recording,

Jennifer’s career spans over 12 years as of 2019. She reportedly began her professional career in news reporting in the year 2006 when she started working for WBBJ-TV.

After a year-long work at WBBJ-TV, she began working as a Humor Columnist at The Hartford Courant.

Not long after, Jennifer resumed work in the news reporting business, this time anchoring for Fox CT. She worked as an anchor for Fox CT for five years, resigning from the position in 2012.

Her next job was as a news host for Back9Network, where she was also appointed as the Director of Ambassador Relations.

She quit Back9Network in June 2014 and shortly after that joined Fox News network, where she currently serves as a host for the network’s Fox 5 NY channel in the news division and the channel’s Specials.

Jennifer Lahmers has an estimated net worth of $1 million, most of which she has accumulated over the years working as a news anchor and reporter. She receives a salary of $79-$86k working for Fox News. Her earnings are also due to her previous employment at Back9Network and a host of other TV news networks.

Who wouldn’t like to date the charming Jennifer Lahmers? We believe that such men are few to non-existent. Lahmers dated many men over the years, but the one lucky man to put the wedding ring on her finger was none other than James Bosworth, the CEO of the Back9Network, her former employer. They celebrated their wedding on July 2, 2011.

Jennifer Lahmers and Michael Craig locking lips on their wedding

However, it wasn’t a marriage made in heaven. The couple divorced in 2013, after staying together for a measly two years.  Exact reasons for their divorce aren’t known. Lahmers doesn’t have any children with James.

Rumors spread that shortly after the divorce, she was dating fitness expert Mike Varshavski. In August 2017, an Instagram post flaunted the duo attending the much-hyped Mayweather vs McGregor fight in person. However, she never publicly confirmed the relationship with Varshavski.

A very happy birthday to my love and the guy who puts a smile on my face every day! Life with you has been a blessing— it’s been inspiring to watch you accomplish so much and i can’t wait to celebrate more milestones, birthdays and memories together. Oh and happy anniversary too 🤗💋

Posts by Jennifer on Instagram in mid-2016 hinted at Lahmers’ fresh romantic affair with Fox News personality, Michael Craig. In the posts, she is seen smiling and chilling with Michael. Much to the public dismay, she hasn’t yet confirmed the relationship.