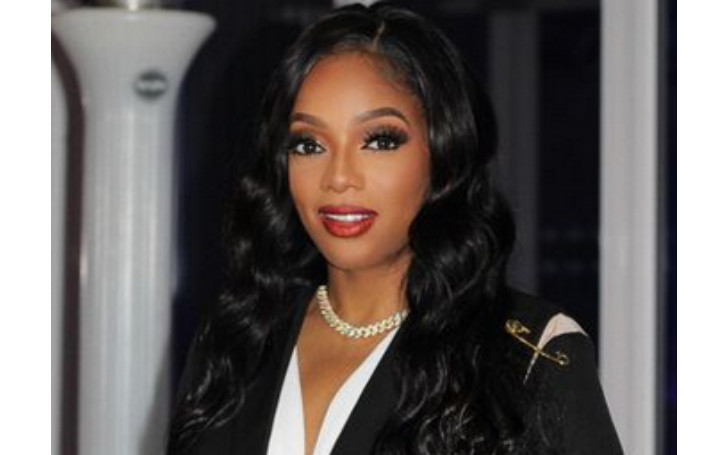 Jamila T Davis is an American author, TV personality, entrepreneur and motivational speaker.The multi-talented personality created buzz for being a self-made millionaire at the age of 25. However, she was sentenced to 12 and half years of jail for being involved in the bank fraud scheme. Though she was behind bars, she continued her hard work and became a prison reform activist.

Dr. Jamila T Davis was born on 11 July 1977 in New York City, the United States of America, making her 44 years old as of 2022. She hasn't revealed much about her parents and siblings. However, her mother was a teacher and now her publisher. The multi-talented personality has Jamaican descent. She was born under the birth sign Cancer.

The author is a highly educated woman. She has a bachelor's degree in Christian Education. Further, she graduated with a bachelor's degree in Psychology from Lincoln University. Moreover, the entrepreneur received a Master's degree in African American Ministry. Regarding family life, she was raised in a middle-class family with many difficulties, however, she became able to live a comfortable life due to her hard work and intelligence.

Davis was sentenced to jail for 12 and half years for mortgage fraud. She was involved in mortgage fraud deals in New Jersey. For cheating Lehman Brothers with a multi-million bank fraud scheme, she was sentenced to jail on 16 July 2008. During her prison life in Danbury Federal Prison in Connecticut, she continued her hard work. Reportedly her release date was February 2019.

The author has two children, Kywuan Terrel Warren and Diamond Baker. Her children are now enjoying their college life, but they were too young while Davis was behind bars. However, she hasn't revealed much about her love life. It is not known whether Davis is married or not. Though she often shares a picture with a guy stating her family.

Also, her past relationships are a mystery. The author hasn't revealed her baby's papa. Moreover, the TV personality hasn't been involved in controversies regarding her love life.

Davis is a decent-looking lady with brown dyed hair and black eyes. The media personality is about 5 feet 5 inches tall.

Net Worth And Books

Jamila T Davis's net worth is reported to be around $3 Million. She became a multi-millionaire at the age of 25 through the real estate business. Further, she earns good money from her books. Her writing credits are The High Price I Had To Pay: Sentenced to 12 and half Years for Victimizing Lehman Brothers Bank, She's All Caught Up!, How To Navigate Through Federal Prison And Gain An Early Release, The Pink Panther Clique, Layla's Big Wish, The High Price I Had To Pay 2 and more.

Further, the media personality has earned money from her TV shows like American Gangster: Trap Queens, Love and Hip-hop: New York and Pink Collar Crimes. The author has revealed her prison life and life lessons during her TV shows. She also revealed that she accepted her crimes and tried hard to be a better person every day.

Further, the writer has 164 thousand followers on her Instagram account, and she charges $492- $820 per post. No doubt she lives a lavish lifestyle. The television personality often shares her luxurious life in her social media handle, just like Ysabel Caminero Madera.