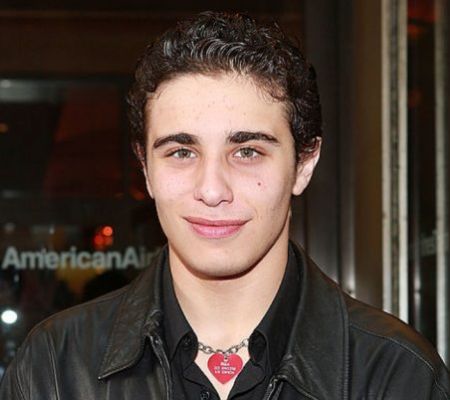 Jacob Lumet Cannavale is an American theatre and television actor and musician who is prominent for his work in the television series Nurse Jackie and The Mandalorian.

His mother Jenny is an actress and screenwriter. His father Bobby is an actor as well known for his roles in Third Watch, Will & Grace, Boardwalk Empire, Mr. Robot, Vinyl, and Master of None.

According to Celebrity Net Worth, Cannavale has a net worth of $1.5 million as of 2021. He started his career with a small role in the musical romantic comedy film, Romance & Cigarettes, starring James Gandolfini, Kate Winslet, Christopher Walken, and his father Bobby, among others.

After taking a brief hiatus, Cannavale returned to the television, starring as Charlie Cruz on the television series Nurse Jackie in 2012. Following this, the 25-year-old appeared in a number of short films and television movies. Some of these include Send Boy, Grapes, Fade,  Interior Teresa, Untitled Jenny Lumet Project, and Moths & Butterflies.

In 2019, Jacob landed the role of Toro Calican in the Emmy-nominated Disney+ television series, The Mandalorian, the first live-action series in the Star Wars franchise. Additionally, he starred on Broadway's Fish in the Dark in 2015 and appeared in the movie Eat Brains Love in 2019. For his role in Nurse Jackie, Cannavale was nominated for a Screen Actors Guild Award for Outstanding Performance by an Ensemble in a Comedy Series.

Is Jacob Cannavale dating someone? His Girlfriend & Relationship Status

Cannavale appears to single as of now. He has not been romantically linked with anyone in the past and has managed to keep his romantic life out of the limelight.

The 25-year-old has not disclosed his current relationship status; he is either enjoying being unattached or could be in a serious relationship with someone. You can follow him on Instagram at @grandaddysnake to know more about his personal life.

Meanwhile, his father has been in a relationship with actress Rose Byrne since 2012. They welcomed their first child, Rocco Robin Cannavale on born on February 1, 2016, and their second child, son Rafa Cannavale, in November 2017.