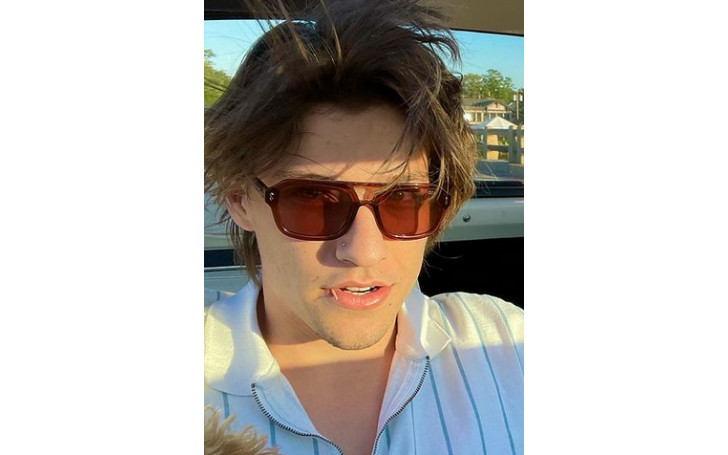 Jacob Hurley Bongiovi is a popular American media personality and actor known for being the son of Legendary musician Jon Bon Jovi. Being a celebrity child, he is often seen flaunting his lavish lifestyle in public and is captured in media cameras while attending different events. He also grabbed attention for being linked with Stranger Things star Millie Bobby Brown.

Bongiovi holds American nationality and belongs to the White ethnicity. He was born under the birth sign Taurus.

The star kid was born to parents, Jon Bon Jovi and Dorothea Hurley. His mother, Dorothea, was a Karate instructor and was a 4th-degree black belt in karate.

He was raised alongside his siblings, Romeo Jon Bongiovi, Stephanie Rose Bongiovi, and Jesse Bongiovi.

Also, he has the blessings of his grandparents, Carol Sharkey, Dorothy Pawlyk Hurley, John Francis Bongiovi, and Sr. Donald Hurley.

Jake recently made headlines for being linked with Stranger Things star Millie Bobby Brown. The actress confirmed her relationship with Jake around four months ago. She even uploaded a picture of the couple on her Instagram.

It is not clear when they started dating, but romance rumors surfaced on the headlines back in April. Before Jake, Millie was in a relationship with Joseph Robinson. They dated for eight months.

His parents have a beautiful love story that started while they were in high school. The couple exchanged wedding vows in 1989. As of now, they are married for over three decades.

How Tall Is Bongiovi?

The musician's son stands at the height of 5 feet 11 inches. He has an attractive look with light brown hair and blue eyes.

His nickname is Jake. During his leisure time, he loves to live his life like a superstar. His Instagram handle is flooded with pictures flaunting his cherished life.

Talking about his father, Jon Bon is a famous singer, songwriter, and Rock n Roll Hall of Famer.

Bon Jovi is also an actor and started his acting career in 1990. He made acting debut in 1990, appearing in the movie Young Guns II, but his role was uncredited. In 1995, he appeared as a painter in the film Moonlight and Valentino.

Since then, he has worked in movies like The Leading Man, Destination Anywhere: The Film, Little City, Homegrown, Row Your Boat, U-571, Vampires: Los Muertos, New Year’s Eve, Cry Wolf, National Lampoon’s Pucked, and many others.

Similarly, he has also worked in a handful of television series like Sex and the City, Ally McBeal, The West Wing, and 30 Rock.

The Karate instructor's son has a high-profile life. He is living a luxurious life with his family. Being a millionaire's son, he is enjoying his fortunate life.

He is a University student and his Instagram handle describes him as an actor, but, he has zero acting credits.

His father is a successful musician having a net worth of more than $100 Million. He is a legendary musician with some of the biggest hits of the century.

Further, his elder brother, Jesse Bongiovi, is an entrepreneur who owns Hampton Water Rose Wine company. His estimated net worth is around $1 Million.