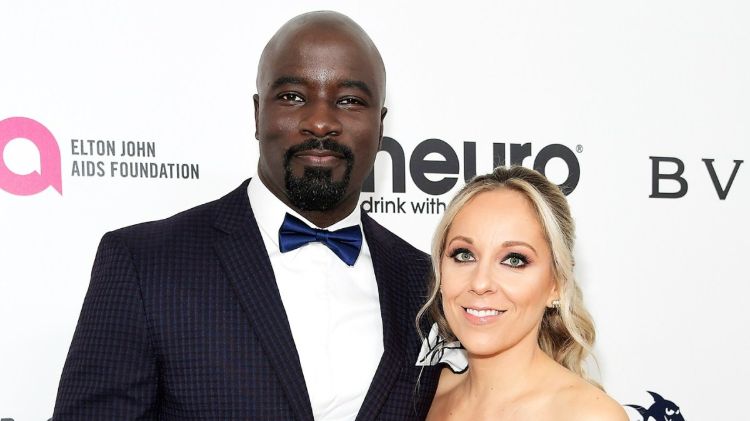 Iva Colter rose to fame after marrying to the renowned American actor, Mike Colter. She is working with the title of director of talents at Netflix, Inc American media and service provider. She has an inspirational story about her success in her life, but controversies regarding racism and discrimination still existent in the society, she was highly criticized for her marriage with a known figure of Mark Cotler.

Who is Iva Colter besides being the life partner of Mike? How did the two meet and fell in love? Did she date someone before the hollywood star? We will help you figure out!

The Colter missus was born on 25th April 1975, in the busy town of New Jersey, America. She has been very private regarding her personal state of affairs so the names of her family members and are not disclosed to the media so far.

She completed her high school in her hometown itself and then later pursued her master studies in the field of art, gender, and culture from Central European University. She also did her Ph.D. at the State University of New Jersey - New Brunswick.

After acquiring her master's degree, she joined the corporate sector to start her professional journey. Her first job was being a senior executive consultant, which she performed for six years (2006-2012). Following that role, she performed a management function in 2012 as Assistant Vice President of Recruitment at Ares Management.

Two years later,  in 2014, she joined the famous American production company 'Netflix' as a manager of talent acquisition. With a great performance and result in that role, she impressed her superiors and shortly after 18 months, she was appointed as the 'Director of Talent acquisition' and is currently serving that role at the billion-dollar company.

Iva is married to the Florida born, Hollywood actor, Mark Colter, who is known for his appearance in Marvel's 'Luke Cage, The Defender and the hit tv series The Goodwife. If not for marriage, not many would have known about Iva today, no matter her accomplishment in the corporate business.

She met her beau at Rutgers University, where she was doing her Ph.D. and her significant other was doing masters in acting. They dated for about seventeen years before engaging in a wedding ceremony in 2016. There is no information about her dating history before Mark.

Despite their wedding news broke the headlines as 'interracial marriage' and tons of criticism, the bond that the two shared was strong and the couple is happily married to each other. The famous duo has shared two beautiful daughters together, with the second one arriving recently in October 2018.

Gossips and controversies were flying around for the interracial marriage between the duo. Mike was a guest to 'The Wendy Williams show' and the crowd responded in a negative manner while the picture of his wife was shown on the screen. The Luke Cage star defended his spouse, saying how the Iva has supported her by being on his side from the times when he was still struggling to make it as a star.

Serving as a director of talent executive of a billion-dollar company, Iva must be worthy of handsome wealth figure, however, the details have not been open in the public just yet.

On the other hand, her husband who is a famous TV actor is earning quite a remuneration from is portrayal in several television films and series. He somewhere levels his wages to famous actors like Peter Scanavino and Cirdan Heughan with net worth of $2 million dollars in 2019.