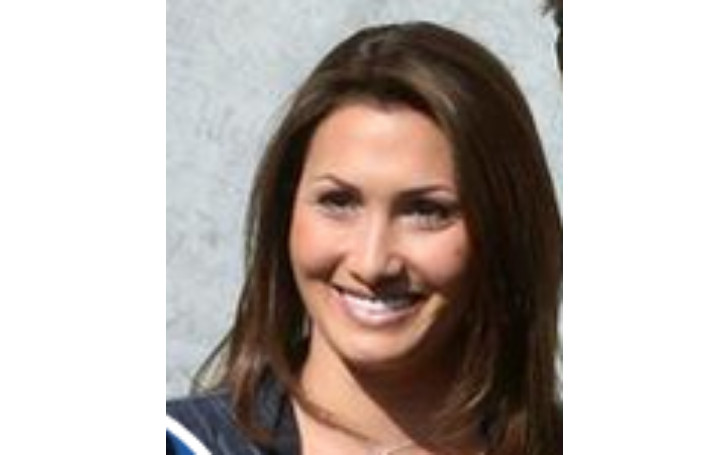 Ilham Vuilloud is a Swiss TV presenter, reporter and former fashion model. However, she is primarily known for being the ex-wife of Stan Wawrinka, a Swiss professional tennis player. The tennis player has been active in the game since 2002 and is a three Grand Slam titles holder at the 2014 Australian Open, 2015 French Open and 2016 US Open.

What Is Her Age? Short -Bio

Ilham Vuilloud is 46 years old as of 2022. She was born on 30 November 1975 in Lausanne, Switzerland. The reporter was born under the birth sign Sagittarius. She is of Swiss nationality and belongs to the White Caucasian ethnicity.

The ex-wife of Stan Wawrinka likes to maintain a low-key profile. She hasn't revealed her parents and siblings. Further, she is a graduate of a local school in Lausanne.

Vuilloud is a beautiful lady with brown eyes and brown hair. She is 5 feet 7 inches tall and weighs around 60 kg. The presenter prefers to stay away from media interruption. Currently, she is not active on any media platforms.

Ilham Vuilloud and Stan Wawrinka tied the knot on 15 December 2009 after a long time dating. The former duo welcomed daughter, Alexia Wawrinka, on 12 February 2010. The same year, the former duo had a trace of bitterness in their relationship. Eventually, there was news of their separation in the media.

The headlines of the ex-couple's reunion created a buzz in 2011. The former model enjoyed family life with husband and daughter till 2015, and they legally divorced in 2015. Stan announced the divorce on 19 April 2015 on his Facebook page.

After the divorce, Ilham seems to be leading a single life taking care of her daughter. On the other hand, Stan was romantically involved with WTA player Donna Vekic from 2015 to 2019. Vekic is a Croatian tennis player who is known for winning three singles titles on the WTA Tour: the 2014 Malaysian Open, the 2017 Nottingham Open and the 2021 Courmayeur Ladies Open. Currently, Ilham's ex-husband seems to be single.

Her former husband Stan Wawrinka is a 1985 born professional tennis player. He was born to a German father, Wolfram Wawrinka, and his Swiss mother, Isabelle Wawrinka, in Lausanne, Switzerland. His father was a farmer and social worker, while his mother was an educator and a biodynamic farmer.

As per the reports, Ilham Vuilloud was active in modeling, hosting and TV reporting before marriage. After her marriage and daughter, she left her career.

Meanwhile, her ex-husband, Stan Wawrinka, started playing tennis at the age of eight. He was devoted to the game and practiced three times a week to do something on the tennis field. Wawrinka started his career in 2002. He was coached from age eight to June 2010 by Dimitri Zavialoff.

The player started playing international junior events at the age of 14. He then entered the satellite circuit the following year. He got into the public eyes after winning the Junior French Open in 2003 and reaching as high as number 7 in the Junior World Rankings in June 2003.

The player is known for the Association of Tennis Professionals singles ranking of world number 3 for the first time on 27 January 2014. Similarly, he won gold in doubles at the 2008 Beijing Olympics with teammate Roger Federer. Also, he was pivotal in the Swiss team's victory at the 2014 Davis Cup.

In addition, Wawrinka endorsed Yonik clothing and shoes. Also, he created buzz for using Babolat's RPM Blast as his string of choice. Further, he is an ambassador for the TGV Lyria train service between France and Switzerland. In addition, the Tenn player appeared in the 2015 ESPN body issue, posing in athletic poses.

The former model is estimated to have around $750 thousand. Her major income source is her former modeling and TV career. She may have earned good money from her early career. Furthermore, she might have got good money from Stan Wawrinka as divorce alimony and child's support money. Further, Vuilloud is an ex-celebrity wife, just like Jessica Aldean and Sunetra Sastry.

Likewise, Stan Wawrinka's net worth is $20 Million. He is one of the richest tennis players. He has earned major of his fortune from his sports career and brand endorsements. Currently, the professional player resides in Founex, Switzerland, where the median home price is CHF 2900000. Besides, he has many houses and properties in other parts of Switzerland.

Also, Alexia's father earns good money from his social media presence. He has 1.2 Million followers on Instagram as of the writing of this article, and he earns around $245.25- $4088.75 for a single post.

Reportedly, Stan signed a record-breaking deal with Japanese sports equipment manufacturer Yonex worth $20 Million in 2014. Similarly, he got prize money of $34778261 for his outstanding sports journey. Also, he remained the sixth all-time leader in earnings.