Home gossip How Is Jim Parsons' Married Life With Todd Spiewak Going On? Their Relationship Timeline!

How Is Jim Parsons' Married Life With Todd Spiewak Going On? Their Relationship Timeline! 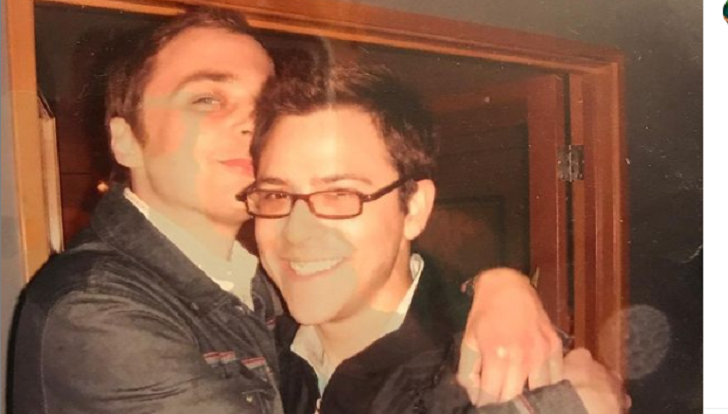 It has been over two years since the famous television series The Big Bang Theory ended, but people are still in love with the show’s beloved characters. People are mostly keen to know about the character, Sheldon Cooper, portrayed by Jim Parsons.

It is a known fact that Parsons is leading a happy relationship with his long-term partner, Todd Spiewak. But, do you know how the couple started dating? When did the pair tie the knot? Know everything below:

Jim Parsons And Todd Spiewak Got Married After Dating For Nearly 15 Years!

The 48 years old actor and the 44 years old graphic designer tied the knot on 13th May 2017, after years of questions and speculations about their marriage. They exchanged the wedding vows at Rainbow Room in New York after being together for around 15 years.

The four-time Emmy-winning actor once talked on The Late Show with Stephen Colberton about the reason behind waiting for nearly 15 years to take their relationship to the next level. During the talk, the actor claimed that the marriage ceremony was more special than he had anticipated.

For their special day, they wore Tom Ford tuxes. Melissa McNeely planned and officiated the ceremony.

Parsons admitted that he and his partner did not care about the marriage much, but, later, they thought of throwing a party, celebrating, and then legalizing their relationship.

Talking about the relationship, the 48 years old actor claimed that lying in bed with his partner was close to eternal.

Spiewak and Parsons first met on a blind date when two women tagged them for the meet-up at a karaoke bar. They were the graphic designer’s boss and the actor’s best friend. The couple revealed that they quickly felt connected.

Back in August 2010, when Parsons won the first Emmys for playing the role of Sheldon in the television series The Big Bang Theory, in his acceptance speech, he thanked his mom, followed by a list of names, including Spiewak.

In May 2012, writer Patrick Healy described him as a gay man and in a ten-year relationship. However, their relationship came into the limelight when Parsons mentioned Spiewak as his favorite person on Earth while taking the Emmys for the third time.

In October 2013, the couple, for the very first time, walked the carpet and gave interviews. During the time, the film producer admitted that they had no plans to marry. He also thanked Spiewak’s parents for being an important part of their lives.

In May 2014, while appearing on The Ellen DeGeneres Show, the show host, Ellen DeGeneres, roasted him asking him about his plans of marrying. There were numerous of the pair’s engagements and marriages in 2014. In August of the same year, the actor revealed that they were not engaged.

As of now, Spiewak and Parsons enjoy almost two decades-long relationship without any separation issues or controversies. They are yet to open up about expanding their family.