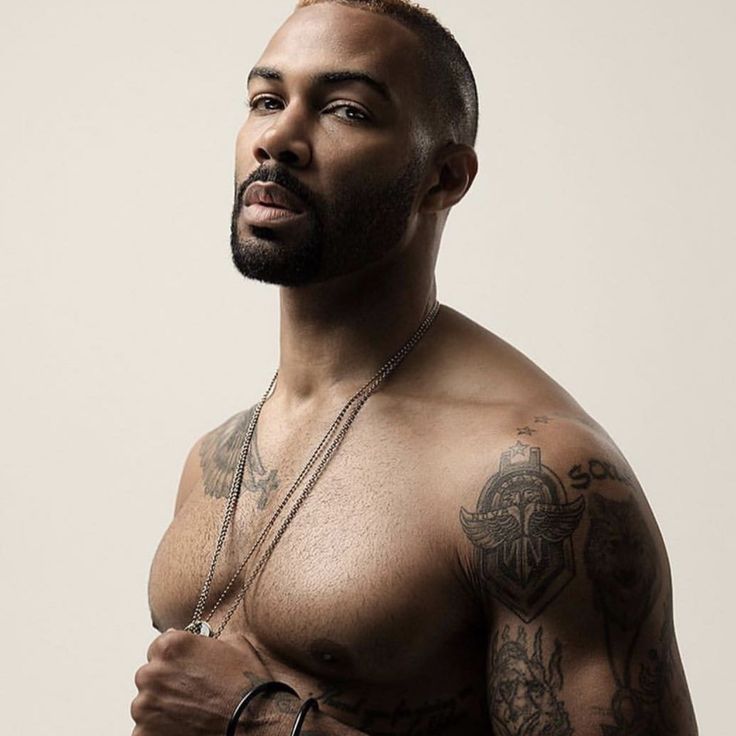 Omar Hardwick is an American actor who is known for his roles in  the TV series Saved and Dark Blue, in Spike Lee's Miracle at St. Anna (2008), and, The A-Team (2010), Kick-Ass (2010), in Tyler Perry's For Colored Girls (2010) and as Andre in BET Network's Being Mary Jane. He currently stars as James "Ghost" St. Patrick in Starz's Power. He also got nominated for BET Award for best actor in 2017. He won the  NAACP Image Award for Outstanding Actor in a Drama Series.

He got married to a white Publicist, Jennifer Pfautch and have 2 children. He is also taken as one of the hottest Hollywood actors. Even in one survey, 80% of people vote him as hot 20% as not hot.

Omari Hardwick applied for the NFL selection when he was in his high school but he wasn't selected because of injury in his knee. Then he joined the acting class in New York but in the year 2000, he moved to LA. As a struggling actor, he did the odd job to pay for his acting classes. At one point he also lived in a car. He shared that moment by saying

"what is so crazy, is that where I presently shoot my series 'Dark Blue,' is where I lived in my car when I first moved to Los Angeles. It is surreal at times."

He got his first movie break in Spike Lee's, Sucker Free City in 2004, This movie was about the conflicts between the white, black, latin and Asian gangs in San Fransisco.

See This: Hollywood Actor Michael Ealy's Married Relationship With His Wife Khatira Rafiqzada - What About His Children?

After the movie, The Suckers City Omari Hardwick got regular roles in a series of Saved and the featured film The Guardian. After completion of the Series, "Saved" and the film" Guardian", he then noted that

"I felt like I had arrived when I went back to one of the odd jobs that had let me go several years prior, and I looked out over Sunset Boulevard right next to the Chateau Marmont, and saw myself plastered on a billboard overlooking the city. I had to break down a little at that point, it was a big moment for me."

He then participated in award-winningly in National Poetry slam(2003-2004). Hardwick worked in several projects between 2007-2009 including the Summit Entertainment's "The Next Day Air" in 2009 and Touchstones Picture's "Miracle at St. Anna" in 2008. He was also landed the character "Ty Curtis" on the TNT series "Dark BLUE".

Hardwick received his best film review of his life for role"Troy" in "Will Follow".

After the years of struggle and hard work, in the year 2013, he got the lead role in a T.V series "Power". Which is a hit show makers have also launched the trailer of season 4 on youtube which has over 5K view and sharing his screen with one most famous singer 50 Cent.

This is the Best: 76 Years American Actor Roger Ewing Has a Huge Net Worth; Earns Well From his Profession

Recently he was also in the cast of the science-fiction comedy film "Sorry to Bother You" which set to release on July 6, 2018.

Net Worth of Omari Hardwick

With a career spanning almost two decades in the movie industry, Omari has maintained a pretty amount of bank balance through his earnings. His major source of income is from his movies.

Read This: American Voice Actress Lacey Chabert's Ex-Affairs and Relationship With Her Husband and Children

As per the sources of the Celebrity Net Worth, he has an estimated net worth of $5 million.