Home gossip 'HGTV Design Star' Winner David Bromstad Yet to Get His Partner or He is Already Married?

'HGTV Design Star' Winner David Bromstad Yet to Get His Partner or He is Already Married? 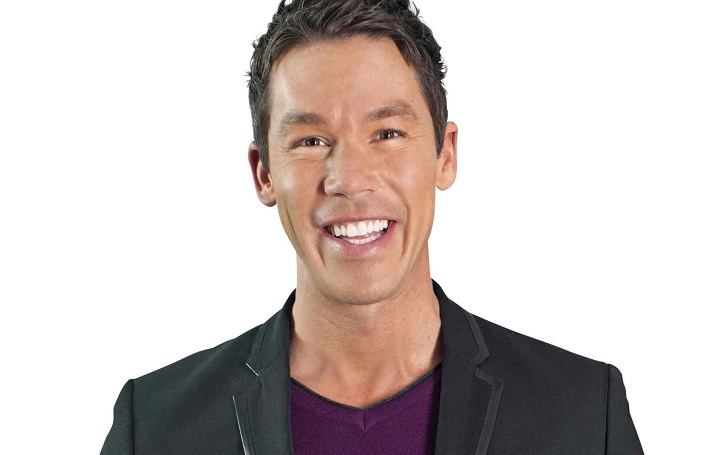 David Bromstad, born on August 17, 1973, rose to fame after winning "HGTV Design Star," in 2006. He is a designer and a TV personality. Started his career as an illustrator for the Disney group. Fashion enthusiasts praise his blog all around the world.

In one of his interviews with South Florida gay news, he slightly opened about his love life. David said that he has been dating his gay boyfriend, Jeffrey Glasko, for eight years in an interview in 2012.

David Bromstad and Jeffrey Glasko Had a Bittersweet Relationship

David, a famous interior designer, opened out to the world that he is gay and he had dated his BFF Jeffrey Glasko.  According to David, they met at a bar at Firestone in Orlando on Valentine’s Day at a Single’s Party.

David also said that he had a crush on Jeffrey for years but was never formally introduced to Jeffrey. It was in the bar at Firestone in Orlando, on valentine’s day single party, where they met and started a new romance.

After eight years of their relationship, the couple had a nasty breakup in 2015. As per his boyfriend Jeffrey, the cause of their breakup was as a result of David’s drugs and a drinking problem.

Jeffrey sued David, claiming that he had left him financially and emotionally unstable. However, he lost the case, and all charges against David were dismissed. Jeffrey again made the case and asked for compensation, but the judge again did not entertain the claim. David’s lawyer at that time said:

"These salacious claims were made by a desperate person."

Does David Bromstad Have a New Boyfriend?

David, who has a net worth of $2 million, seems to have found his new boyfriend around 2016 who looks quite sexy and handsome. He titled him as his “best BF ever” in an Instagram post which hinted that he might be his new boyfriend.

In this Instagram post, Bromstad explains that his boyfriend surprised him with balloons and an amazing dinner. They look fabulous together. Bromstad’s boyfriend is also muscular, which might be an indication that they loved working out together in the gym.

David, who got his first tattoo of a dragonfly, is not married as of now. He has expressed that he is currently more focused on his career and has not made any plans regarding the marriage.

Though his name is linked with many guys, he has not confirmed to any of that. After his breakup with Jeffrey Glasko, he has not opened about his love relationship except for once in 2016. He posted a photo on Instagram quoting "Best BF" but it is a post from 3 years ago with no conformity.

David life isn’t so lonely even without any partners, as he has two adorable pet dogs, miss lady Godiva Bondon and Dozer Bubbas to provide him company.