Grant Gustin & Hannah Douglass Not Together Anymore; Gustin has a New Girlfriend. 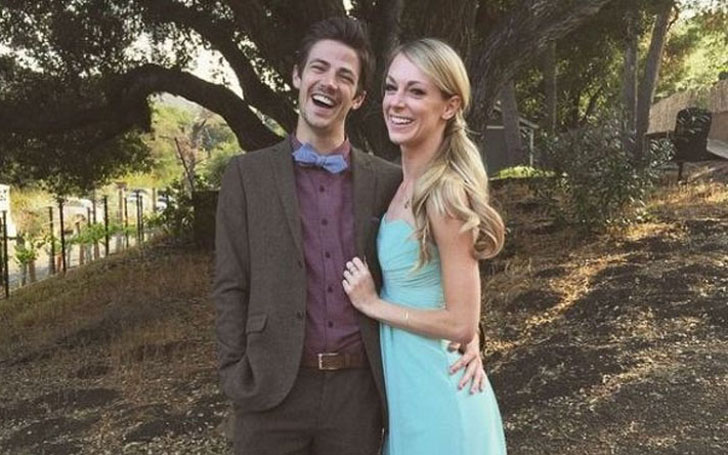 Grant Gustin & Hannah Douglass Not Together Anymore; Gustin is now a married man.

In Hollywood everyday rumors pop about break up, dates, patch up and who dumped who. Thanks to paparazzi and other sources, we barely miss out any gossips that are hot on social media. Cheating partners, rumors, gossips often breaks down people love life.

When it comes to celebrities breaks up makes big buzz, everyone wonders what when why and how the couple broke. The pain of breakup heals up quickly for some celeb and move on while some don’t. Similar case can be seen to Grant Gustin and Hannah Douglass who broke after being together for couple of months.

Why Grant Gustin and Douglass end their relationship?

Hannah and Grant dated from 7th October 2015 to August, 2016.Yes there were some moments between these adorable couple when love was still in the air. Douglass was very much supportive girlfriend when the The flash spinoff of Arrow premier kicked off in 2013.

Some source revealed that this couple broke up because of their busy schedule in the life.Grant doing The flash series and Hannah focusing on her dacne career.

Hannah Douglass with her ex-boyfriend

They were adorable couple . After their break up, Gustin's fan got heart broken.Hannah was supportive to Gustin abd they were cute together.

Grant Gustin moved on after the break up, who is the lucky lady?

Grant suprised his fans when he proposed his girlfriend La Thoma after dating more than a year. This new spread like a wild fire as confirmed by the couple themselves in an Instagram post on Saturday (April 29).La Thoma is the one he loves and admire.

I can't believe this boy is signing up to let me eat his face for the rest of our lives??????

This pic stromed instagram, when La Thoma was seen with a big rock on her hand .No caption needed in this pic as her ring on her finger speaks itself. One luky lady.

If you scroll down on La Thoma insatgram , you will see adorable pics of these two filling most of the post.

Well, we got carded again at the movie theater....second time in a week. Maybe because we look like this...

La Thoma is surely one lucky lady. After just one year of dating, Gustin proposed her with a big rock on knee.That is the dream of every  lady out there.

Surely love is in air.

Currently, the lovely couple is living happily as a husband and wife. After one year of engagement, the couple tied the knot on 15 December in Los Angeles, USA.

The couple took their vows in a private ceremony in the presence of some close relatives and friends.

News of their marriage flashes when their friends and relatives uploaded photos of the wedding, which was eventually seen by their fans and followers.

La Thoma ,30 is very successful behind her social life.She works as a physical therapist and graduated with a Bachelor of Science degree in exercise physiology from Kent State University in 2009.

She later attended Old Dominion University to obtain her Ph.D. in Physical Therapy. Currently, she serves as a physical therapist in Sunnyvale, California.