Home gossip Game Freak's CEO, Satoshi Tajiri Has a Huge Net Worth: What About His Lifestyle?

Game Freak's CEO, Satoshi Tajiri Has a Huge Net Worth: What About His Lifestyle? 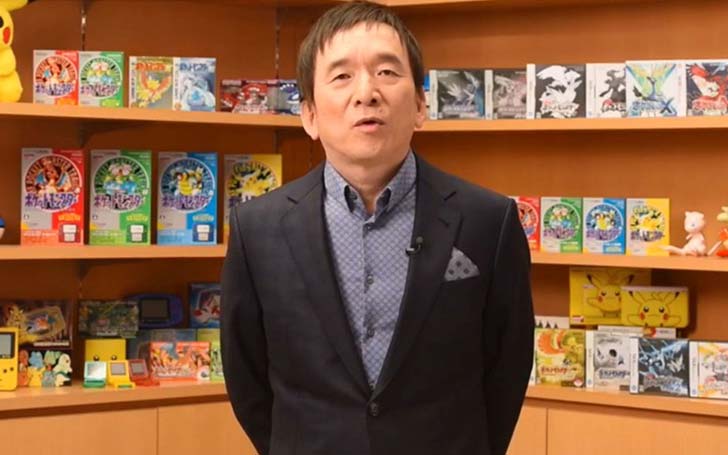 Satoshi Tajiri born on August 28, 1965, is a Japanese video game designer. His age is 53 years old. He is best known for the creator of Nintendo's Pokemon franchise and the founder and CEO of video game developer Game Freak. Satoshi Tajiri is the creator of pokemon, responsible for the initial concept which leads to the metaseries as it exists today. Currently, he works as the CEO of the Game Freak.

Satoshi Tajiri was in Machida, a suburb of Tokyo. Tajiri got into games when he was in Technical school although he was not interested in studies, he used to spend all his time in the arcades. Eventually, he graduated from two years program from Tokyo National College of Technology.

In 1981 Tajiri won a contest sponsored by a Nintendo Rival Sega for game design concept and in the following year 1982, Tajiri and his friend invented a gaming Magazine by the name of Game Freak.

Satoshi Tajiri made a huge Net worth with the help of video games. The Japanese video game designer has an immense net worth is 6 billion. The Pokemon Go game has made a huge impact in a short span of time. The game became a top in both Play Store and Apple Store. The game was downloaded almost 8 million times within a week. He is the owner of Game Freak and his net worth is $ 6 billion.

Pokemon is a multimedia giant. Tajiri initiated Game Freak and the initial ideas that would become one of the biggest gaming franchises of all time. Sales for the series has reached over 200 million, but pokemon's popularity extends to a children cartoon that's been running since 1997 and a collectible card game.

Satoshi Tajiri passion for insect collecting was blended with his love for games, thus initiating the foundation for Pokemon. Tajiri is currently associated with Shigeru Miyamoto, the designer behind the Super Mario and The Legend of Zelda games, also help on the development of pokemon.

The production of the game almost bankrupted 'Game Freak' and employees were not getting their salaries which results in quitting of the job for some employees. They made a deal with Creatures inc. for a third of franchise right for their investment.

The game was not well received by many media outlets at first but this changed with time. It later became among the top franchises for Nintendo. Moreover, Heat the same time was working on many other games like 'Yoshi', 'Mario and Wario', 'Pulseman' among others.

Achievement and Awards of Satoshi Tajiri

In 1981, Tajiri won a contest sponsored by Nintendo Rival Sega for the game design concept. Also, apart from being listed among the 100 top game developers of all time, Satoshi was awarded in 2011 for being one of the best game developers in the world.

Satoshi Tajiri video game magazine "Edge" placed Tajiri on their list of the Hot 100 Game Developers of 2008. Also, Tajiri and his friend Tsunekazu Ishihara received the Special Award from the Computer Entertainment Developers Conference in 2011.

Satoshi Tajiri as a video game developer has an immense net worth of $ 6 billion over the years. Most of his capital comes from his terrific and advance game designing and development. The Pokemon game has given him the bulk amount of income from all and it exceeds his wealth bar high.