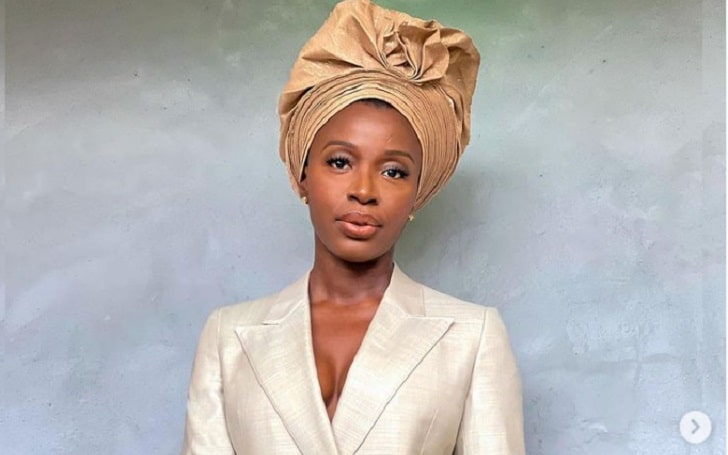 A Nigerian-born American actress and musician Folake Olowofoyeku is famous for her role as Abishola in the 2019 Chuck Lorre CBS sitcom Bob Hearts Abishola. Since 2002, the actress has starred in thirty films and television series, which has helped her acquire huge fame and good net worth.

Folake Olowofoyeku was born in Nigeria as the youngest of 20 children of Babatunji Olowofoyeku and Felicia Olowofoyeku. She holds dual nationality of Nigerian and American. Her parents are engaged in politics.

Her father, Babtunji, was a Nigerian politician, educationist, lawyer and leader, who passed away on March 26, 2003, at the age of 85. Besides, Olowofoyeku grew up on Victoria Island in Lagos, Nigeria. She also spent her early days in London. In addition, her older brother, Toby Foyeh, is a British, Nigerian-American musician and guitarist.

The 5 fees 11 inches tall actress  attended Igbinedion Education Centre and transferred to Vivian Fowler Memorial College for Girls in Ikeja, Lagos. She also studied at Oxbridge Tutorial College. The actress emigrated to the U.S. in 2001 when she was just 18 years old, where she came to live with her sister.

After coming to the United States, Folake earned a degree in B.A. in theater from City College of New York. She began working at an off-Broadway theater in New York City by completing her education. Olowofoyeku made her debut in 2003 by appearing in Protesters.

Folake rose to fame after landing the role of Jamaican Nurse in the television series named 30 Rock. After that, she got a chance to work in Law & Order: Criminal Intent as Princess Timiro. Additionally, she has worked with numerous famous personalities such as Vincent D'Onofrio and Jeff Goldblum.

She appeared in other videos such as When They Could Fly, In Search of Myster Ey, The Child Within, etc.

Her notable works in television series are White Collar, Law & Order: Special Victims Unit, Modern Family, How to Get Away with Murder, Westworld, Transparent, The Filth, The Gifted, etc. Meanwhile, she has also done voice work in various video games like Vader Immortal: A Star Wars V.R. Series - Episode III and World of Warcraft: Battle for Azeroth.

Reportedly, Folake is not married and does not have a husband. It is said that she was married in the past, but there is no pertinent news about it. But some sources claims, Olowofoyeku has two children with her ex-husband. But Folake has not talked anything about her marital or relationship status yet.

Different sites have their own speculations, and they have also shared some pictures with guys who might be her lover. But the precise details about her marriage have always been a mystery to the public.

Also, Olowofoyeku has not shared anything about her kids or partner on her Instagram handle, where she can be found as @thefolake. She has just posted about her daily events and works.

Folake Olowofoyeku Net Worth In 2022

The Modern Family star has earned a good sum of money from her work as an actress and musician. A report shows, her net worth is somewhere between $500,000 to $1 million.

Not to mention, an actress in the United States earns around $91401 a year. Likewise, a musician earns around $52156 per year. So, as an actress and musician, Olowofoyeku might earn the same range. Some of the movies and series she has starred in are listed below:-

Apart from that, Olowofoyeku also makes money from sponsorship and endorsement deals. According to the Influencer Marketing Hub, she earns around $164.25 - $273.75 from a single post.