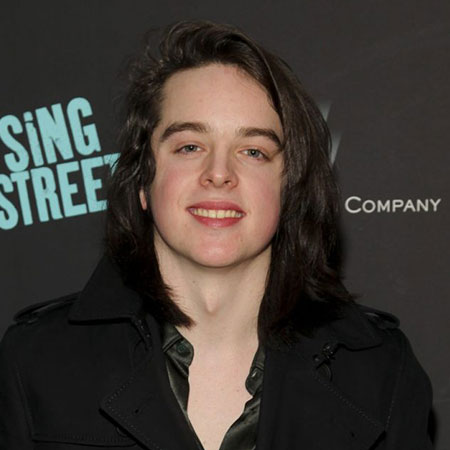 Among many celebrities in the industries, only few of them are gifted by multiple talents, which include an Irish actor and musician Ferdia Walsh-Peelo. Walsh-Peelo is recognized in the sector of entertainment for playing Conor ‘Cosmo’ Lawlor in his debut film Sing Street in 2016 and also as King Alfred the Great in Vikings.

Ferdia Wash-Peelo was born in October 12, 1999, Ashford, Country Wicklow. He studied in Colaiste Raithin a gaelscoil in bray and Wicklow Educate Together National School Country Wicklow. Wash-Peelo always kept information about his family members, childhood and siblings away from the limelight.

How old is Ferdia Walsh-Peelo?

What is height and weight of Ferdia Walsh-Peelo?

Ferdia Walsh-Peelo height and weight is still unknown to his fans and viewers, who are eagerly waiting to know about it.

As most journey of a successful person starts with a basic kick, he started his journey as a boy soprano when he was just seven. He was taught and guided by the mother who was also a soprano (Toni Walsh). During his early days of learning and growing he won many achievements. By the piles of his achievement his was eventually cast in Mozart’s Magic Flute at age of twelve, which took his name in peak on Ireland.

Following same path, he was also in the part of Miles in Britten’s Turn of the Screw. He was included in the famous Late Late toy Show singing and playing piano an Irish television in 2012.

Year 2016 became the turning point for him, as his debut in the musical comedy-drama film Sing Street along with Lucy Boynton. After showing film at the Sundance Festival, he was seen singing, playing guitar and piano along with Sing Street co-star Mark McKenna.

Some of the songs in which Ferdia Walsh-Peelo performed are Take on Me, A beautiful Sea, The Riddle of the Model, Up, To Find You, Brown Shoes, Drive It Like You Stole It, Girls, O Holy Night.

William Morris Endeavor signed him in the USA and Independent Talent in the UK in 2015.

From season five of Vikings (a historical drama series); he has been playing as the role of Alfred the Great. The upcoming drama of him is Here Are the Young Men.

UNICEF had appointed him as a Ambassador for UNICEF Ireland’s program ‘Emergency Lessons’, whose main objective is to provide education to children caught up in emergencies.

Ferdia Wash-Peelo Net Worth and Salary

After all the hard work in the industry, Wash-Peelo is gaining good name, frame and wealth in the field of entertainment. Looking into his Net worth income, his previous year’s net income (2018) is still under review. In present scenario (2019), his estimated Net worth will become nearly $100k-1M. His basic source of income is from movies as actor and roles from different T.V series.

In the historical drama Vikings, he played the role of King Alfred of Wessex and Merica who is the illegitimate son of Judith and Athelstan.  The late King Ecbert protected him, who believes that God has very special plans for him.  In the series Alfred took the throne of his brother after his death and spent several years dealing with Viking invasions. By playing such a great character in the drama. His acting skills in the drama had caught many eyes all over the world.