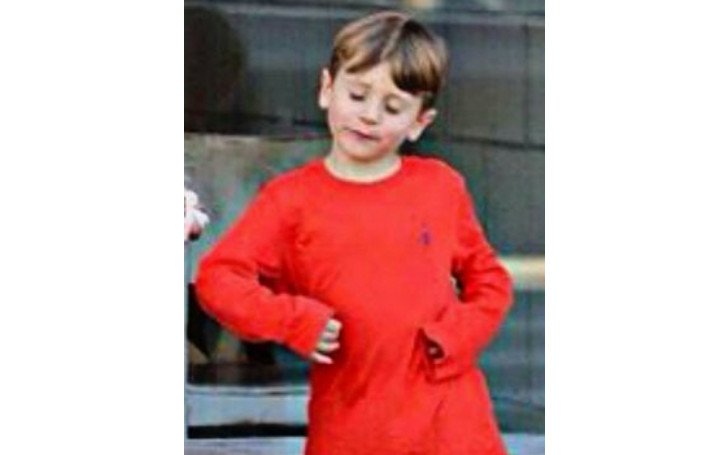 Exton Elias Downey is an American star kid known for being the son of Robert Downey Jr., one of the biggest Hollywood stars of recent times. His mother, Susan Downey, is a film producer. Further, Downey grabbed media attention for being the celebrity child, just like Bayley Wollam and Usher Raymond V.

When Is His Birthday? Age And family

Eston Elias Downey was born on 7 February 2012 in Los Angeles, California, United States of America. As of 2021, he is 9 years old. He holds American nationality and belongs to Mixed ethnicity.

Downey was born under the birth sign Aquarius. He was born as the eldest child to parents, Robert Downey Jr and Susan Downey. Furthermore, he has a little sister, Avri Roel Downey, born in 2014. Also, he has a half-brother, Indio Falconer Downey, an American actor.

The celebrity child is a school kid; however, his school performances are missing. Further, Downey is a good-looking boy with light brown hair and brown eyes. He has a lean body.

Who Are His Parents?

Downey's father, Robert Downey Jr, is a popular American actor, born on 4 April 1965 in Manhattan, New York, United States. He was born to parents, Robert Downey Sr and Elsie Ann. Both of his parents were actors.

In addition, The actor's father, Robert Downey Sr., was a drug addict. Also, he was the person who gave his six-year-old son marijuana. The Iron Man actor studied at Santa Monica High School.

Exton's mother, Susan Downey, is a popular American film producer, born on 6 November 1973 in Schaumburg, Illinois, United States of America. She was born to parents Rosie Levin and Elliott Levin. She studied at Schaumberg High School. Later, she joined the University of Southern California and later studied at the USC School of Cinematic Arts.

The nine-year-old boy isn't yet involved in any money-generating activities. On the other hand, his father, Downey Jr, has been active in the showbiz industry since 1970. He is better known for being an actor and producer.

Robert started his career as a theatre artist. At the beginning of his career, he had to face many rejections. He was cast in Saturday Night Live in 1985, however, replaced later. Nonetheless, he continued his hard work and has become one of the biggest stars in Hollywood.

The 1.74 m tall actor has over 93 movies credits to date. He had been featured in different movies, TV shows, documentaries and short films. He is famous for his Iron Man character.

The actor is the winner of the British Academy Film Award, 2 Golden Globe Awards and Screen Actors Guild Award. Similarly, he has been nominated for Academy Award, Critics'Choice Movie Award, Prime Time Emmy Award, and more.

Similarly, his mother, Susan is recognized for being the co-president of Dark Castle Entertainment. Further, she is an executive vice president of production at Silver Pictures. She has been active in the showbiz industry since 1995. The celebrity spouse has more than 32 movies credits as a producer. Also, she has acted in many TV shows.

Exton seems to have a healthy relationship with his family members.  His parents, Robert Downey Jr and Susan Downey tied the knot in 2005. The lovely couple met for the first time while shooting for the 2003 thriller Gothika. As per the sources, Susan turned down his proposal twice as she was afraid to have a relationship with the actor.

The lovely duo shares two children, Exton and Avri. The family of four is often captured in media cameras while attending different events.

In addition, Downey Jr was previously in a marital relationship with Deborah Falconer (1992- 2004). The duo shares a son, Indio Falconer Downey. Falconer is an American singer and songwriter having music credits like Lift Your Gaze, Come to California, Beautiful Child, I Know, My Friend, Turn It Up, Brave Like Me, Color Your World, and more.

The star kid must be living a luxurious life with his family. He was born with a silver spoon.

Talking about his father's riches, Robert Downey Jr is one of the richest Hollywood stars. He is estimated to have around $305 Million. He has earned major of his fortune from his successful showbiz career. Also, he is estimated to earn $30 Million annually. Further, the Iron Man alum also believes in donations and charities.

The actor has a huge cars collection of Porsche, a Corvette, a Ford F150, Audi A8 and A7, NSX Roadster, a Bentley, a Volvo Woody, a 1970 Mercedes- Benz Pagoda and more.

Likewise, Susan Downey is estimated to have around $20 Million. Her major income source is film production.