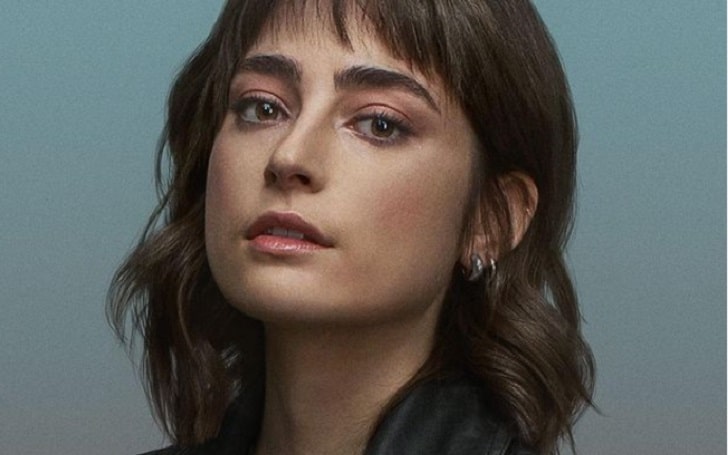 Ellise Chappell is an English actress who has been in the industry since 2016. He came into the limelight after appearing as Wendy Roberts in the television series New Blood. The 29 years old tv actress is quite secretive regarding her personal life.

Ellise Chappell was born on March 21, 1992, in Coventry, UK; She is 29 years old. The 5 feet 5 inches tall actress grew up in a creative family as her mother is an artist while her dad is the man behind a creative agency. Likewise, Chappell has an older brother, Matt.

The New Blood alum spent her early days in rural Warwickshire. The passionate actress attended the University of Exeter, from where she graduated with a bachelor's degree with honors in 2014.

At the same institution, she also studied drama. Moreover, the Hollywood personality was interested in becoming an actress from an early age and trained with the National Youth Theatre.

Chappell initiated her acting career as a theatre actress. She formerly performed in productions such as The Merchant of Venice and Wuthering Heights. In 2016, her debut project came as she portrayed the role of Wendy Roberts in New Blood alongside star Ed Sheeran. In the same year, she landed the role of Jennifer Strange in the 2016 Sky TV series adaptation of The Last Dragonslayer.

Many people have admired her work in the series, and she also gained huge praise from the public. The actress grabbed international attention for appearing as Lucy in Yesterday. From 2017 to 2019, she played in the BBC series Poldark.

In the year 2020, she also played Clara Simms in Miss Scarlet and the Duke. Not only that, the New Blood star emerged as Mona in the Netflix series Young Wallander. Additionally, her latest movie is Reappear, where we see her as Cristina.

Ellise Chappell Boyfriend: Who Is She Dating?

Currently, Yesterday alum has always kept details of her personal life away from the media. Some sources claim that she is single, while some sources reported she is in a relationship with a guy named Yuan. However, Chappell has never talked about her bond with Yuan openly. Additionally, Yuan is an editor and a photographer who is half Chinese.

Further, they have been photographed together several times, but the actual relationship between them is unknown to us. On the other hand, Chappell is pretty close to Harry Richardson. They have amazing onscreen chemistry and also good friend outside of the screen. Some people speculated Richardson and Chappell might be dating each other as she has frequently shared cozy pictures with him on Instagram.

But, surely, Chappell is just a good friend of Richardson. Her rumored partner is also a talented actor from Sydney, Australia. He appeared in Poldark, Death in Paradise, Doctor Thorne, etc.

As an actress, Ellise has amassed a decent fortune from her appearance in several movies that have done well in the industry. Sources calculate her net worth to be around $1 million. Not to mention, the average salary of an actress in the United States is $91401 a year, so, she might have in the same range.

Similarly, Ellise's other source of income comes from advertisements too. Additionally, she has collected over 44.5k followers on her Instagram account. And the Yesterday cast makes approx $232.5 - $387.5.