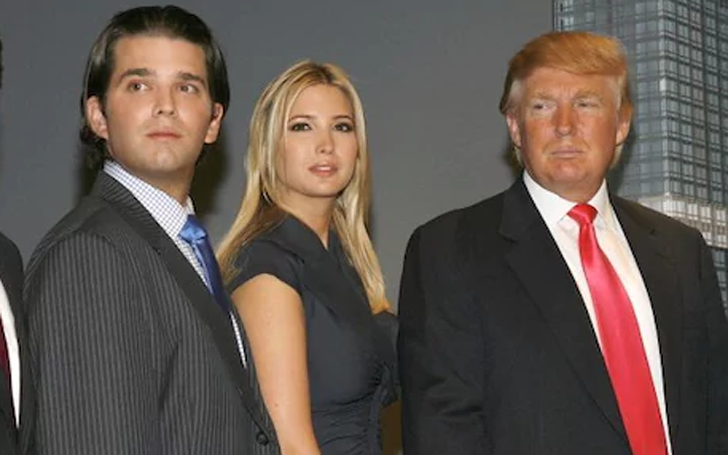 Donald trump jr, born on December 31, 1977, is the son of the recently elected president of America and also a business person Donald Trump, and his first wife Ivana Trump- an author, socialite and a Former model. He is the eldest of the three children to their biological parents, Donald Trump and Ivana Trump, while he also has two half-siblings from his father’s marriage to Marla Maples and Melania Trump. He did his schooling from ‘The Hill School’ in Pottstown and gained a B.S degree in Economics from Wharton School. He is currently working as an Executive Vice President of the Trump Organization.

Donald Trump and Ivana Trump, as a biological child and mother, share a great bond together. Donald Trump Jr, born as the first child to Donald Trump and Ivana Trump was still twelve years old when his parent’s divorced, while his younger siblings were just eight and six. Raising up a child alone is not a small thing and Ivana Trump who got the custody over the children, singlehandedly accomplished the responsibility of both the parents. Donald Trump being a well-known businessman and politician had a lot to face regarding his divorce. And this highly publicized divorce also happened to affect Donald Trump Jr. As a child, he often had to encounter the reporters asking about his father’s affairs with Marla Maples. As a result of which, Ivan trump sent him along with his siblings to a boarding school as a protection from the never ending question of the media.

In an interview with the New York Daily News, Ivana once commented on getting no help from her ex-husband in raising up of their children and said, ‘I brought the children up single-handedly.’ It was only after he grew up to be twenty-one he had his share of life with his father, Donald Trump. ‘Once the children were the age of 21 and out of university, I said, ‘Donald, this is the final product, now you deal with it,’” she told the New York Post in a recent interview. Also in an interview in 2004, Donald Jr confirmed that it was more of his mother and his grandfather who looked after him during his boyhood.