Home gossip Does American Actress Jennette McCurdy Have a Twin Sister? Know Her Relationship With Her Family

Does American Actress Jennette McCurdy Have a Twin Sister? Know Her Relationship With Her Family 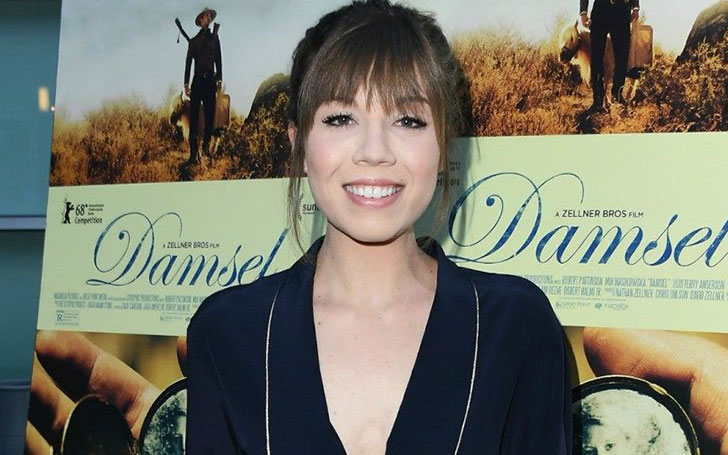 This multi-talented girl Jennette McCurdy, who is an actress, singer, screenwriter, and producer was born on June 26, 1992, in Long Beach, California, USA.

She is currently 26 years of age. As an actress, she is known for playing Sam Puckett on the Nickelodeon sitcom icarly and its spin-off series Sam & Cat alongside Ariana Grande.

Jennette McCurdy has three siblings. She is the youngest family member, she has three brothers Dustin McCurdy, Marcus McCurdy, and Scott McCurdy.

happy national siblings day to my top three bilgerdundays. my favorite memory of us together was in the ole ford windstar on our way to see Phantom Menace. Smash Mouth "All Star" was playing, we were eating those green sparkly phantom menace-edition fruit by the foot and those white chocolate covered phantom menace oreos (which we later snuck into the theatre under our jackets because mom didn't want to waste money on snacks.) I'm pretty sure Marcus was wearing a quicksilver shirt and puka shells. I know for a fact Scottie was wearing a nintendo shirt because that's what he still wears. Dustin was likely reading something in the front seat. We went to see Phantom Menace as youthful innocents. We left forever changed, the image of jar jar binks forever emblazoned in our minds as the source of our disillusionment.

Jennette McCurdy has a great relationship with every member of her family.

She is of mixed ethnicity belonging to English, French, Irish, Italian, Swedish and Dutch descent.

Another One: YouTube Star Lilypichu's Dating a Boyfriend? Her Affairs and Rumor Relationships

Does Jennette McCurdy have a twin sister?

Jennette McCurdy has only brothers as her siblings. she doesn't have a sister at all.

So' No she doesn't have a twin sister. But she has played a character named Sam Puckett on Sam & Cat and she had an identical twin sister on that show named Melanie Puckett.

She posted a childhood picture of her brother on his birthday.

it’s my brother scott’s birthday! as evidenced by this photo, he’s always had my back. i’m grateful he’s my big brother and i’m deeply sorry for that one time when i was five and threw a plastic plate at his head. happy birthday, scottie!

In her family members, she recently lost her mother Debra McCurdy after 17 years of fighting with breast cancer on September 20, 2013.

She likes to spend time with her family

Jennette McCurdy is currently single after breaking up with NBA center Andre Drummond. So' during her free time, she likes to spend time with her family members.

why is my grandpa the cutest person to have ever existed

Besides all of that, she has also made her directorial debut with her short film.

Discover This: YouTube Star Lilypichu's Dating a Boyfriend? Her Affairs and Rumor Relationships