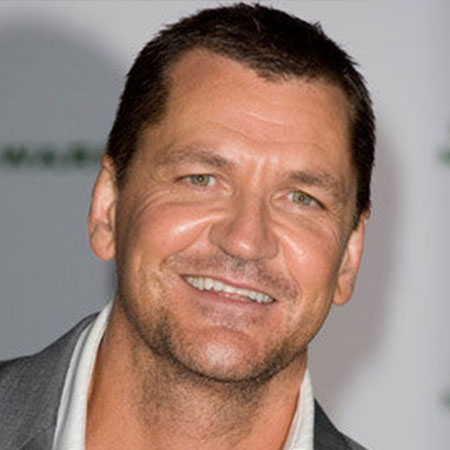 A versatile and experienced Personality, Craig Fairbrass is an English actor popular for his role in Dan Sullivan in the BBC soap opera EastEnders and many more. He is also a Festival Prize Award-winning actor of the year 2016. Similarly, he starred as Dan in the tv screen series EastEnders from 1999 to 2001.

Craig Fairbrass was born on 15 January 1964, at Mile End Hospital in East London. Craig is a son of a machinist dressmaker father Jack Fairbrass and mother Maureen Fairbrass who is a stevedore docker in Petticoat Lane. 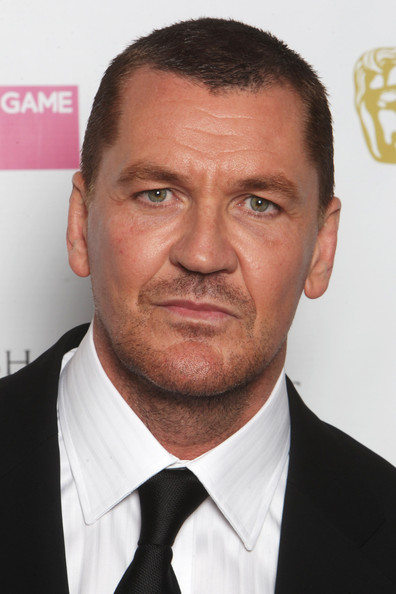 He is of Britain by his Nationality and was born under the star sign Capricorn. Craig shared his childhood with his younger sister Lindsey Fairbrass and lived in Stepney where Craig grew up.

Talking Marital Status of Craig Fairbrass, He is a married man. He tied a knot with his wife Elke Kellick who was former Page Three model. The couple shared their two sons together named Jack Fairbrass and Luke Fairbrass.

Craig having a height of 6 feet 3 inches is having strong bonding with his wife Elke. There is no extra-marital affairs and rumors of their marriage. He along with his family is living a blissful life.

Discover:- Hollywood Actor Michael Ealy's Married Relationship With His Wife Khatira Rafiqzada - What About His Children?

Craig Fairbrass, After being expelled from Eaglesfield Boys Comprehensive in Woolwich at 15, he successfully auditioned for the National Youth Theatre. He then, after a few years of walk-on roles in Emmerdale, Three Up Two Down, and Shelley, Fairbrass first made his real TV appearance as an actor in the 1984 BBC television series Big Deal as Nev in the episode "Fighting chance" followed by another BBC role in Tuckers Luck.

The hard-working Voice actor Fairbrass has also made his film acting debut as D.I Challoner in the 1989 Working title thriller For Queen and Country opposite Academy Award winner Denzel Washington.

Similarly, He traveled to Los Angeles and secured his first Hollywood acting role in 1991, and then, the 1992 action blockbuster Cliffhanger with Sylvester Stallone. This led him to roles in independent movies with lead roles in Beyond Bedlam (1994) with Elizabeth Hurley, Galaxis (1995) with Brigitte Nielsen, Proteus, Killing Time, and Darklands.

In addition, He also voiced in several characters for the Call of Duty video game franchises as well as Battlefield V. He has his notable roles as co-lead in the crime thriller St Georges Day, other lead roles included Vikingdom 3D, House of the Rising Sun, opposite Dave Bautista, Hijacked, and Get Lucky and Let me Survive.

Nothing like being away and getting the news your next film has just been given the green light- This one takes BRUTAL to whole new level 👊🏼👊🏼🎥 #stunning script- more to follow... pic.twitter.com/A0VKUx2ZLs

Consequently, Fairbrass took his first lead role in a US action thriller The Outsider in 2012, which starred Jason Patric, James Caan, and Shannon Elizabeth. Furthermore, he took the lead in the psychological thriller, Breakdown, alongside James Cosmo, Bruce Payne, Emmett Scanlan, Olivia Grant, and Tamer Hassan.

He played the lead role of Jack Cregan in the revenge thriller London Heist with Steven Berkoff, which he also co-wrote in 2015, where the film was produced by his own son, Luke Fairbrass. Craig Fairbrass then honored with the Best Actor Award at the 2016 Marbella International Film Festival also with National Film Awards in London in 2018.

As of 2019, 55-years-old Craig Fairbrass is able to collect a tremendous amount of money from his Carrer or Professional Life. His Real Net worth is not revealed yet but as per our research, We found that he has an estimated net worth above $8 million dollars.

He is not only a screen actor but also a roofer, Voice recorder for a video game as well as TV Personality. As he is still an actor, He is in the way of accumulating a huge amount of net worth. He has maintained his high Profile Personality alongside maintained his body.