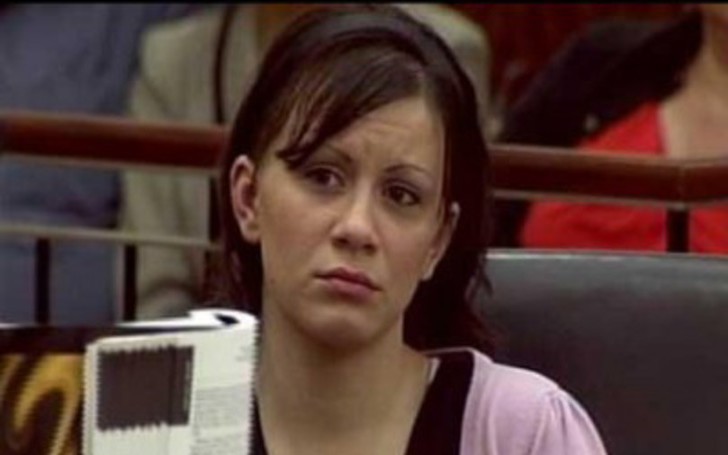 Born on March 31, 1986, Christine Paolilla is a declared murderer who is sentenced to lifetime imprisonment for brutally killing four people , in which two of them were her friends.

The murders were committed with the assistance of her boyfriend , Christopher Snider and the case was named as Clear Lake murders.

Born in a densely populated city, Long Island of New York, to a housewife mom, Lori and a construction worker dad, Charles Paolilla, Christine had to face many tragedies during her childhood time.

At the age of two, she lost her father in a construction accident. Due to which, her family was totally dismantled. Following the death of her husband, Christine's mother dipped into drug addiction which resulted in losing custody of her daughter.

Christine was also diagnosed with alopecia when she was in kindergarten, which was the reason for loss of her hair, eyebrows , and eyelashes.

After Christine moved out from New York to Texas, Paolilla was admitted to local high school named Clear Lake High School . In 2003, she started dating with Christopher Snider.

See This: 'Dog the Bounty Hunter' Cast Duane Chapman's Overall Net Worth and He Has Managed From His Profession

However, with them, things didn’t go smoothly as they would have wanted. Her friends at the high school, as well as her mother, and her step father disapproved of her boyfriend because of his inability to stay away from drugs and criminal records.

Christopher's parents were equally reluctant to approve their relationship as Christine was known to be prone to jealousy. Christine didn’t take interruption from the family members nicely as she even threatened to kill Christopher's family.

Christine, later after the murder incident, broke up with Christopher and married with man named Justin Ross who was a heroin user.

In the same year, 2003, Christine, with her boyfriend, Christopher,  murdered 4 people in which 2 of them were her best friends, Rachael Koloroutis and Tiffanny Rowell .

It is reported that the couple went to Tiffanny's house in order to rob her drugs and money, but they found Tiffanny in her home with her boyfriend, Marcus Precella, cousin, Adelbert Sanchez and Rachael.

Although, they weren’t planning to kill them, Christine's boyfriend, Christopher got into argument with Precella and killed him. So, in order to hide the evidence, the couple murdered all of them and went away.

When Paolilla thought the chance of her getting caught for murder she committed was getting minimum, On July 2005, she saw about the unsolved murder case in TV.

She confronted about the crime she committed with her husband and the pair went into hiding. However, later Justin Ross tipped the police regarding the murders and on July 19, 2006, police were able to arrest her.

After the arrest of Christine, Police started searching for her ex-boyfriend, Christopher, but later they found his decomposed body in a wooded area , on August 5, 2006. It was confirmed later that he committed suicide in fear of getting caught by the police.

On October 13,2008, in the account of four murders, Christine was spared from death sentence as she was a young murderer. But, the next day, she was sentenced life in prison.

For the most part of her life, she has been under arrest. So, her net worth is yet to be reviewed.