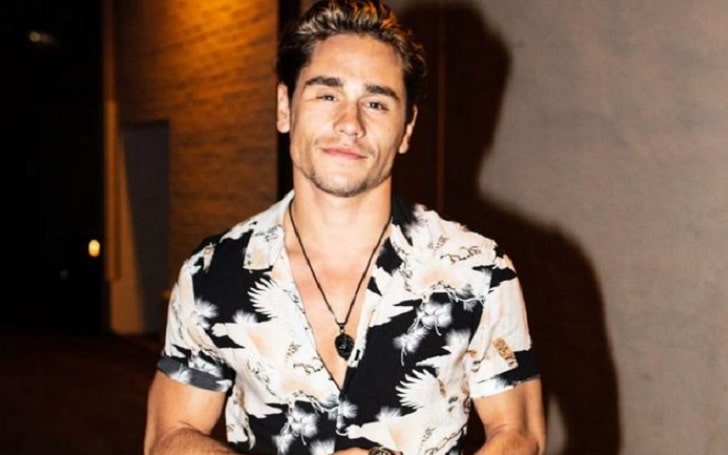 Christian Antidormi is a prominent Australian actor who is best known for his impression in Spartacus, The Diplomat, and Strike Back. The 5 feet 8 inches tall actor has earned a decent amount of money throughout his career until now.

How Tall Is Antidormi? His Age & Early Life

Holding an Australian nationality, Antidormi peaks at the height of 5 feet 8 inches. He was born in Sydney, Australia, on May 20, 1992. As of 2021, he is 29 years old. The actor grew up n Sydney's southern suburbs.

Antidormi was involved in sports from an early age. He played football for 14 years. Not only that, but Christian also participated in karate, swimming, and tennis. And at the age of 15, Antidormi discovered his passion for dramatic arts and hip-hop dancing. Due to his love for hip-hop dance, he got exposure to numerous stage and music video productions and competitions. Additionally, he also appeared in Cassie Davis I Like it Loud music video and various other videos.

After that, Antidormi also got interested in singing. At his initial age, he became a part-time Hip-Hop teacher at his former dance school, All Starz Performing Arts Studio in Sydney. Later, the passionate guy aimed to pursue a career in acting and took acting courses in various institutions. Further, he also went to the Australian Theatre for Young People.

Since 2008, Christian has been actively engaged in the showbiz industry. His debut movie came in 2008 after landing the role in False Witness. And he got into the limelight after appearing as Street Kid in the television movie The Diplomat, released in 2009. In The Diplomat, he shared the screen together with Costa Ronin. His breakout came in the same year after being portrayed as Vince in Disney Channel's locally produced short-form comedy series As The Bell Rings.

In 2011, he also starred in I Spy. Likewise, the actor appeared in Home and Away, where he emerged as Jayden Post. After that, he also starred in the Seven Network drama television series Packed to the Rafters. In the same year, the Pride star played the part of Tiberius Crassus in Spartacus: War of the Damned. His other film credits are Anzac Girls, Strike Back, Olive Forever, and Roswell, New Mexico.

Antidormi's net worth is estimated at around $500,000 to $1 million. He has collected a hefty amount of money through his career in the film industry. Likewise, he makes some gains from sponsorships and endorsement deals. Also, his income will rise in the future as he may work on more projects in the future.

Furthermore, an Australian actor makes $76,975 per year. So, Antidormi might make in the same range. Being a prominent actor, he is surely making a good profit and living a quality life. Meanwhile, Christian has gained over 18.5k followers, and his predicted earning from a post is around $114.75 - $191.25.

Is Antidormi Married? A Look At His Love Life

Antidormi is not married, but he is in a romantic relationship with his girlfriend, Ashley Thompson. She seems to be a model who is registered on Instagram as @ashleyth0mps0n. Further, the lovely couple has been together with each other for some time.

However, they have not talked anything about their marriage yet. Antidormi and Thompson have explored various places together and shared numerous beautiful moments on their social media pages.