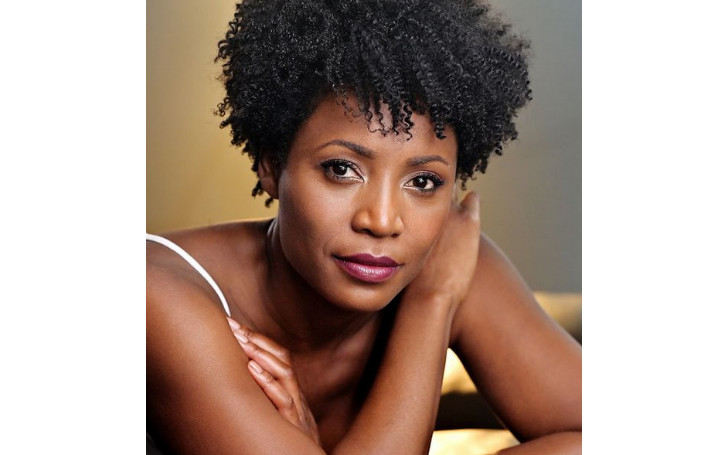 Cherion Drakes is a popular American actress known for portraying the character of Jenny Stratton in the 2016 TV series Major Crimes and Jayme in the 2004 hit TV series, Soul Food. Besides, she has more than 15 acting credits and has worked as a theatre artist as well. Drakes is a popular television personality, just like Marco Grazzini and Chrystale Wilson.

Cherion Drakes is estimated to be in her late thirties; however, her exact birth details are missing. She was born in the United States of America, hence holds American nationality. Her ethnicity is Afro-American.

Drakes is very less exposed to the media. She has kept her life private and her educational qualifications are yet to be covered.  Also, the details of her parents and siblings are missing. However, the star has uploaded a photo of his father on Instagram.

The actress has a decent look with black color eyes and dark black hair. She likes to do different hair styling. In addition, she has a height of around 1.7 m (5 feet 6 inches).

What Is Her Relationship Status? Her Husband?

The Major Crimes actress is currently single. She isn't dating anyone. Also, there is no information about her married life or relationship. Moreover, her past relationships are a mystery.

The actress seems to have a good relationship with her co-actors. She often poses for media cameras with her co-stars. However, she hasn't given any clue about her love life till now.

The Jayme of Soul Food officially started her acting career in 2002. Drakes first appeared on the screen in the 2002 drama Conviction. The movie got 6.4 in the IMDb rating. Further, the movie director is Kevin Rodney Sullivan. In the movie, she shared the screen with Omar Epps, Dana Delany, Treach, Charles S. Dutton, etc.

Similarly, her acting is appreciated in the hit TV series Major Crimes. The series is rated 7.7 by the IMDb rating, and the series creator is James Duff. The series ran successfully from 2012- 2018. Similarly, other show casts are Mary McDonnell, Graham Patrick Martin, Chris Wood, Jessica Meraz, among others.

Her other movies and TV credits are Christmas Unwrapped, L.A's Finest, Bloomers, Under the Autumn Moon, Kink in My Hair, Street Time, and more. She has also acted in the shorts like Beautifully Ester and The Gaze. Further, the actress is trying her best to fit herself in the showbiz industry and hasn't been involved in any kind of controversies till now.

Cherion Drakes' net worth is reported to be around $400 thousand. She has earned major of her income from her showbiz career. The average salary of American TV actors is $90673, she is also supposed to get around the range.

Further, she has 1154 followers on her Instagram account. Besides, she may have earned good money from her theatre works. Christmas Unwrapped alum might be earning enough to maintain a comfortable lifestyle.