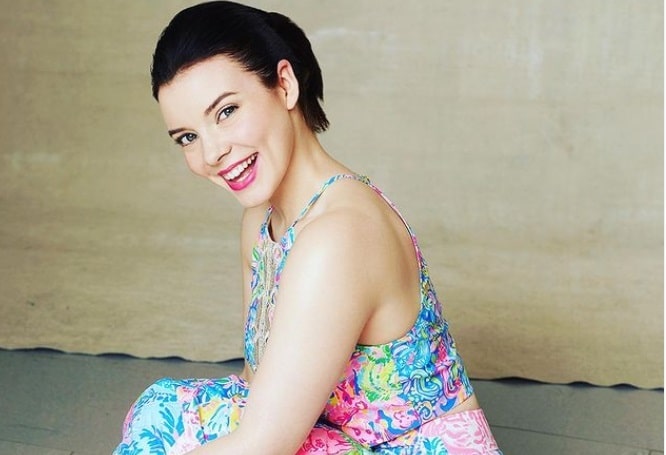 Cherami Leigh is a proficient American voice actress who is best known for her work in popular anime One Piece and Soul Eater. The 33 years actress has appeared in many films and television series, winning the BTVA Video Game Voice Acting Award. In her long time acting career, Leigh has amassed quite a good sum of riches in her long-time acting career

The President's Man cast is happily married to her husband, Jon Christie. The romantic couple exchanged wedding vows on April 13, 2014. As per sources, Jon and Leigh began their romance in 2010. Since then, they have been together, reinforcing each other in every step.

Despite their togetherness for over a decade, the pair has not welcomed any child yet. They want to keep it a bit private as they have not talked about it openly.

Her husband is also an actor, director, and writer who has appeared in movies such as Hold Your Peace, The Dahl Dynasty, Poker Night, etc. Likewise, he worked as an executive producer for the tv series CONfessionals. He is not only the executive producer of the respective series but also a director and a writer.

Born Cherami Leigh Kuehn on July 19, 1988, the voice actress is a Dallas, Texas native who is 33 years old now. She is of American nationality. The 5 feet 1-inch tall passionate actress was interested in acting from an early age and began acting at the age of 6.

At the age of nine, Leigh studied the Meisner technique with Nancy Chartier. She also went to study at Hebron High School in Carrollton. Later, she attended Collin College in Plano, Texas, studying theatre. After completing her education, Leigh became involved in the industry and worked in various movies.

Leigh's early acting credits include Finding North and Walker, Texas Ranger. Initially, she also worked for Radio Disney. In addition, she was a DJ working with voice-over promotions and commercials for ABC Radio serving for ten years. And after moving to Los Angeles in 2013, Leigh resumed her voice work and started taking on live-action roles.

The American actress has been professionally working since 1994, and as of now, she has more than 300 movie credits under her name on IMDb. Her first project came in 1993 when she made the voice of Minako Aino in Sailor Moon R: The Movie: The Promise of the Rose. During the same period, Leigh did voice work in various movies like Neon Genesis Evangelion, Sailor Moon, Neon Genesis Evangelion: Death & Rebirth, etc.

We can listen to her voice in popular video games like Borderlands 2, Borderlands: The Pre-Sequel, League of Legends, Cyberpunk 2077, and Yakuza: Like a Dragon. Not only that, the voice actress has starred in several films, including The President's Man, Cry, Not Cool, Temple Grandin, and The Mist. The talented actress has shared the screen with various figures like Aaron Norris and Shane Dawson.

Has Net Worth In Millions

Cherami Leigh's net worth is around $4 million. But some sites have mentioned her net value to be over $5 million. With her dozens of appearances in numerous movies and television series, she has been so able to accumulate a hefty amount of money. Furthermore, she has done voice work in more than 300 films that have surely helped her acquire huge profits.