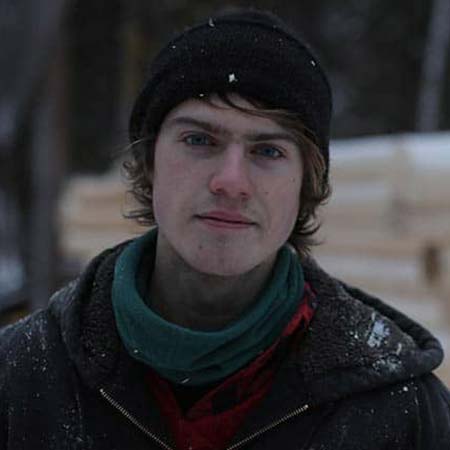 Charlie Jagow is a reality TV actor born in 1998. He is 20 years old reality TV actor who came to limelight after appearing in the Discovery's reality series "The Last Alaskan". The series is a reality-documentary set in the Arctic National Wildlife Refuge, a beautiful state of Alaska.

Charlie is a 20-year-old boy born in Fairbanks, Alaska to father Paul Jagow born in 1971 and mother Dawn Jagow. Paul lived in New York and Dawn lived in Pelham, before moving to Fairbanks. Alongside his parents, he grew up with his sister Joanna Jagow who is a certified pediatrician and currently working at Fairbanks Memorial Hospital. He's a child of the Arctic, being the youngest ANWR permit holder.

Charlie's exact height measurement is not known yet but considering his physical features he stands an average height for a 20-year-old boy. He doesn't have higher education as he was engaged in the reality TV series early in his age. He's not active on social media however his daily life is timely updated via The Last Alaskans. There was a huge rumor about his death which was later confirmed a hoax. He is perfectly fit and in good health.

Before the discovery series "The Last Alaskans" Charlie was a normal stranger to the world. He was then cast in the series from which he gained massive viewers' attention and fortune. The series broadcasts the lifestyle of the Alaskans' people who have to struggle even for basic needs. He was cast alongside Heimo Korth, Edna Korth, Tyler Selden, Krin Nelson, Scott Nelson, Bob Harte, and Selden. He is the youngest one in the show but also one of the most successful in the show. He has always been open about the struggles he faced during the cold temperatures. In the recent season, Jagow built his own cabin by himself, cutting the trees and assembling logs with precision and patience. He said "Sometimes out here you can feel like you're the only one who's ever experienced going up this drainage, or up to this creek, or trapping up this one valley. But the men that used this cabin are predecessors, my dad's predecessors. It's a lot different day and age now, but in a lot of ways out here, time is a lot slower. It's a special thing to see that connection." Charlie also flies his own plane but with certain risks. He owns 1978 BELLANCA 7ECA, which is a fixed-wing single engine with 2 seats and 1 engine. Apart from the series, he's not much popular. Thus, he got all the fame from the series.

Charlie's net worth seems to be consistent. He owns the net worth of $100,000 as of 2019. As he is not involved in any other activities or shows, his only income source is the series "The Last Alaskan". However, his co-star Heimo Korth exceeds him and has a net worth of $1 million. Charlie owns a plane called 1978 BELLANCA 7ECA which consists of two seats and one engine. The plane weights less than 12,500 lbs and is of 90mph speed with engine LYCOMING 0-235 SERIES (Reciprocating) Horsepower: 115 and a serial number 1264-78 attached to it. Considering his source of income is only the series, he doesn't have staggering property as one expects celebrities to have.