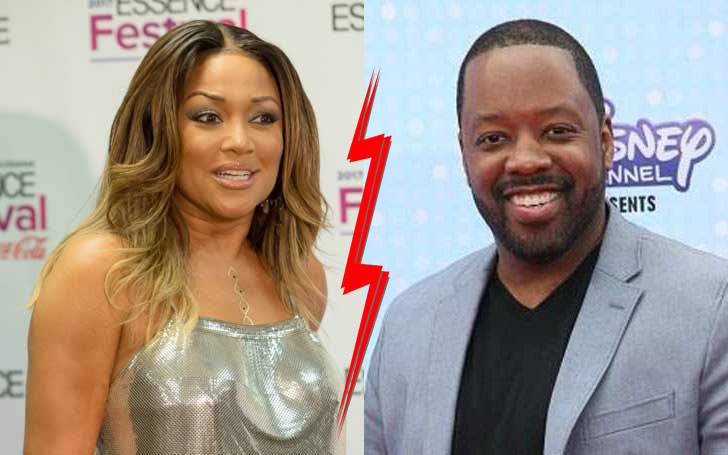 Chante Moore is one of the famous divas who is a songwriter, singer, and actor as well. It's quite obvious to know her well if you follow R&B music. In one of the interviews with Madame Noire, she finally broke her silence about her marriage with her ex-husband Kadeem Hardison.

Moore got married to Kadeem Hardison who undoubtedly is considered as a fantastic actor, on November 17, 1997, but unfortunately their marriage did not seem like it was not made in heaven as it only lasted for 3 years. They had a daughter who was born before the couple was officially married which is quite common in the 21st century isn’t it?

However after a long silence she actually talked about her relationship with Kadeem Hardison, so further a due let's know what she has to say.

In her interview with Madame Noire, she said that they are still good friends and Kadeem was a great husband and is a great father.

As per her “There is nothing that’s gonna happen that makes him not my family to me, he’s my daughter's father and he is my friend’

She also said that Kadeem was seeing some other girl but she was completely fine with it because they are not together anymore.

Also she said that “He’s family. I do love him, not in love but love him”

As their love life didn’t last long we are sure that Kadeem and Chante both were able to move ahead in their life, so let's head towards knowing their affairs and their daughter.

Not every man in the world is born with the carefree attitude some men like Kadeem actually care about his image or does it seem like that way? Well about his relationship there is not an exact record of his past and present affairs as per the sources it is believed that after his break up with Chante he was in a relationship with Cree Summers, but now she is married to Angelo Pullen and has 2 children already.

Born on 1996 it's quite obvious that their little girl is no more little anymore. Like father like daughter even Sophia Hardison has been quite successful in keeping her personal life away from media.

Chante married to Kenny Lattimore privately after her break up with Kadeem but their relationship ended unfortunately after nine years also had a son together.

Recent work: On 20 March 2017 her song “Real One” was officially published which is the lead single off “The Rise of the Phoenix”.