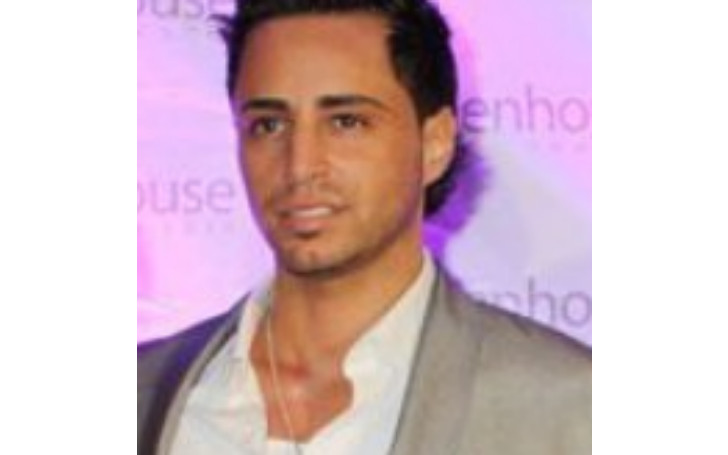 Carmine Gotti Agnello is an American reality star known for being the son of Victoria Gotti, an American author. Besides, he is recognized for acting in movies and TV shows like Growing Up Gotti and VH1 Big in 05. Further, he is the author's eldest son and is reported to be a singer as well.

Carmine Gotti Agnello was born on 8 April 1986 in Brooklyn, New York, United States. As of 2021, he is 35 years old. He holds American nationality and belongs to the Caucasian ethnicity.

He was born to parents Victoria Gotti and Carmine Agnello. His aunt is Angel Gotti. His siblings are John Gotti Agnello, Frank Gotti Agnello and Justine Gotti Agnello.

The television personality's educational qualifications are missing. Further, Carmine Jr is a good-looking guy with black color hair and black eyes. He stands at a height of 5 feet 9 inches and has a moderate weight.

Who Is His Wife? His Girlfriend?

The star kid is a married man. He tied the knot with the love of his life, Danielle Vangar, on 19 February 2008. The duo married secretly and was blessed with a son in 2009. They met for the first time in prison when Danielle met her father. Danielle is the daughter of activist Mourad Topalian.

Talking about his parent's relationship, Victoria Gotti and Carmine Agnello exchanged the vows in1984; however, they couldn't continue together and legally separated in 2002. The couple cherished their marriage life for almost two decades and was blessed with four children.

Carmine's mother, Victoria Gotti, is a renowned American writer and actress, born on 27 November 1962 in New York, US. She was born to her parents, John Gotti and Victoria DiGiorgio. Her father, John Gotti, was the boss of the Gambino crime family Mafia. Further, she came from a mixed ethnicity and was raised alongside four siblings.

She has writing credits like Women and Mitral Valve Prolapse, The Senator's Daughter, Superstar, Hot Italian Dish, and more. She has also worked as the columnist at the New York Post. Further, her acting credits are Growing Up Gotti, Celebrity Apprentice, The Real Housewives of New Jersey, and more.

Talking about his father, Carmine Agnello is a New York mobster from the Gambino Crime family who ran scrap metal recycling operations.

Carmine Jr is probably living a luxurious life with his family. He has earned good money from his TV career. Further, he has some songs credits as well in his YouTube channel. His net worth is around $500k.

On the other hand, Victoria Gotti has around $2 Million, which she earned from her showbiz industry involvement.