Home gossip Cameron Mathison and Vanessa Arevalo Married in 2002. Know about their Children. 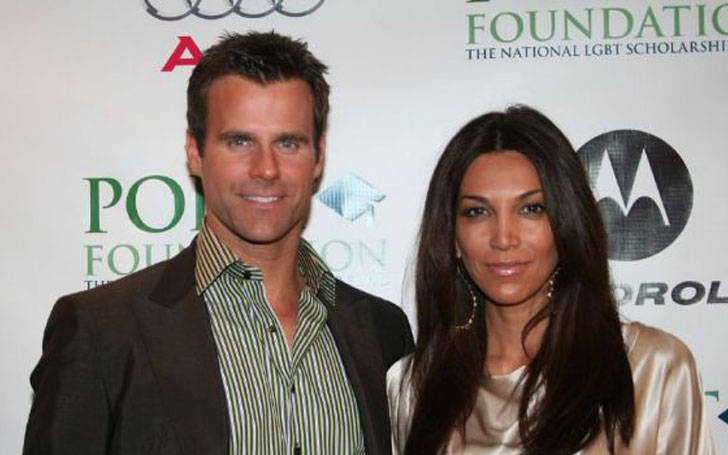 Cameron Arthur Mathison is a Canadian actor and television host born on August 29, 1969, in Sarnia, Ontario. He joined the cast of All My Children (1970) in January 1998 as Ryan Lavery. He is an outstanding personality. Because of his attractiveness, many women love him and they are fascinated to know about his relationship. He is also known as the soul and heart of most of the women.

So... this is happening right now?? Thanks to my wife for transforming our whole family and house into a Halloween Mecca. Happy Halloween everyone???????? #halloween #biteme #loveatfirstbite #vampirelove

Caption: Cameron and his wife happy in Halloween
Source: Instagram

On July 27, 2002, Cameron Mathison got married to an American model Vanessa Arevalo and they are the parents of 2 children now. They are living a prosperous life. Unfortunately, Vanessa cannot continue her career in the model because she decided to give more priorities to her children rather than her career. This seemed like Vanessa is a caring mother.

Previously Cameron had a relationship with actress Jennifer Esposito. They started dating in the year 1999. However, in the year 2000, they broke up with each other and decided to remain friends.

Although Mathison is the handsome guy, he did not have any dating stories with other celebrities. He provides equal of his time to career and family side by side. All the activities that he shows to his family define him as a decent husband.

Cameron and Vanessa had got 2 children. The names of their children are Lucas Arthur Mathison and Leila Emmanuelle Mathison who was born on April 20, 2003, and July 7, 2006, respectively. Cameron is also popular in social sites mostly on Twitter and Instagram.

He usually uploads pictures of himself with his family on Instagram, this shows how much the couple is in love with each other.

35 Years American Comedian Eric Andre Dating Someone or He Is Secretly Married? His Affairs and Dating Rumors