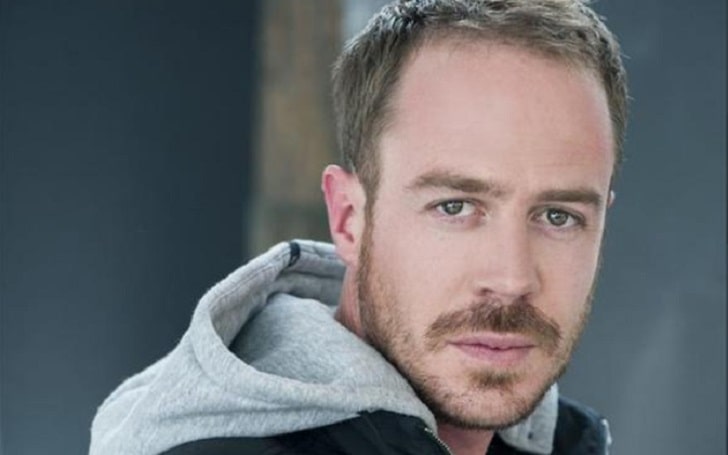 Burgess Abernethy is a talented Australian actor who is famous for his portrayal in the Logie and AFI award-winning series H2O: Just Add Water. The 34 years old actor is surrounded by the rumors of his marriage, but his personal life has always remained a mystery to the public.

Burgess Abernethy was born in Gold Coast, Australia, on February 21, 1987. He is 34 years old now. The Australian actor was raised by his parents, and he is pretty close to his mother, Rosslyn Abernethy. In addition, his mom has also worked in the film industry as an actress and producer.

Sadly, Rosslyn passed away on July 20, 2020. She was married to architect Shane Denman, who is the father of Burgess.

Burgess falls under the Pisces star sign and developed an interest in acting from a young age.

Abernethy came into the showbiz industry in 2000 by landing the role of Young Dar in the tv series BeastMaster. And after seven years, he got a chance to appear in the famous television series, Home and Away, where we can see him as Sean Evans.

Further, the actor has also starred in Blue Water High, All Saints, Grace, and many more. In 2006, he became a regular cast of H2O: Just Add Water as Zane until 2010. He was also portrayed in another series, Dance Academy, in the same year.

From 2011 to 2017, Burgess emerged in various projects, including Crownies, Peter Allen: Not the Boy Next Door, Hoges, Freds Bread, and Australia Day. In 2018, he appeared in Harry & Meghan: A Royal Romance. His last project, iZombie, was also released in the year 2018.

Is He Married Or Dating Someone?

The H2O: Just Add Water star is not married, but he has dated actress Cariba Heine. As per Married Biography, he is a married man who also has two children, but the verified sources do not confirm this news. Meanwhile, he is linked with various ladies, but his real-life partner is still missing from the web.

iZombie alum loves spending time with his friends, and he has shared numerous pictures with them via his Instagram account. Likewise, he has featured some cozy images with ladies, and some of them might be his partner. However, Abernethy is aware of his privacy, so he has not talked openly about his marital or love life yet.

Home and Away Star Burgess Net Worth

Burgess Abernethy has earned a decent amount of money by working in various hit television series. Throughout his film journey, Abernethy has emerged in more than 15 films. According to Buzz Learn, he is estimated to have a net worth of around $1 million to $5 million.

Burgess has undoubtedly collected good fortune from his multiple works in the showbiz industry. Apart from that, his income might come from doing advertisements. As per the Influencer Marketing Hub, his predicted earning from a single post on Instagram is $255 - $425.