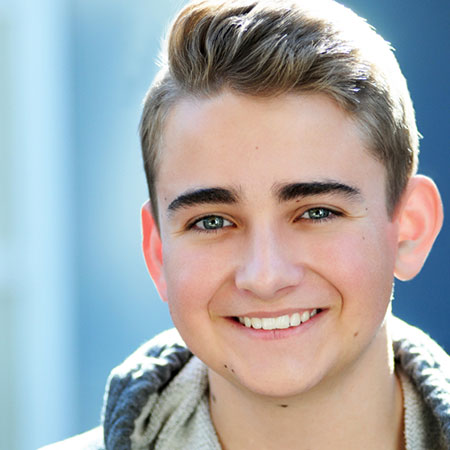 A teenager who is known for playing Henry Dillon in Disney Teen sitcom Shake It Up, Wendell Bassett in Nickelodeon comedy series Wendell and Vinnie, and Newt on Bella and the Bulldogs, also on Nickelodeon, is Buddy Handleson.

Buddy Habdleson was born on November 1, 1999, in Danville, CA.  His birth sign is Scorpio.  Jay and Athena Handleson are father and mother of Buddy.

Handleson parents always supported him in his dream, and acting career of his early days was grown up in Danville, California.

What is the age and height of Buddy Handleson?

Buddy Handleson made his acting debut on a 2009 episode of the television series known as Hannah Montana at age of 10.

He did his first recurring television role on Disney’s Shake It Up as Henry Dillon. The actor also made his mark of a first major role on Wendell and Vinnie as Wendell in 2013. On 2015, Handleson also appeared on Nickelodeon,s Ho Ho Holiday Special.

just a whore for some farmers market hummus ! 🤪

On two episodes of the series Sons of Tucson, he appeared as guest-starred with Tyler Labine on 2010.

Here are the list of Television shows and movies done by Buddy Handleson:

Buddy Handleson charming face with blonde hair and grey eyes are enough for his followers or any other girls’ to make them fall in love with him. Most of his followers especially girls are eagerly waiting for his relationship status news.

But, heartbreaking news for every girls’ fan of him. Unfortunately, he is more comfortable with boys rather than girls, which mean that he is gay.

Yes, he is gay, quite shocking, is not it ?. On June 25, 2017,  He posted a photo of him, with a caption of “Over the past couple of years I’ve become more and more comfortable with my sexuality and I think I’m ready to share it with the world. I’m finally ar a place in life where I can say ‘I’m proud of who I am. I’m proud to be gay.”

me: *literally comes out and posts a pic of my boyfriend and I kissing*
my insta comments: "that's gay." "is he gay?" "why r they kissing??"

This statement of his gone viral over internet media, which was the topic of gossip for a couple of days. Handleson is dating Logan Quintana and both the pair does not hesitate to show their love and bonding on various social media platforms.

This confirms that Buddy does not have a girlfriend, but he has a boyfriend, which he treats as a girlfriend.

Buddy Handleson is a famous character in the Disney and Nickelodeon series. Every child grownup watching him has always liked and supported him. Handleson has done many films and tv shows but his net worth of 2019 and 2018 is still under review.

But, keeping in mind that, Disney and Nickelodeon are big tv shows production which spends millions of dollars for particular shows and movies. So, we can predict that Handleson earns a good amount of money by his effort in his signed project.

Not only that Buddy also earns from movies as well. This wealth may be enough for him for a comfortable and quality lifestyle.