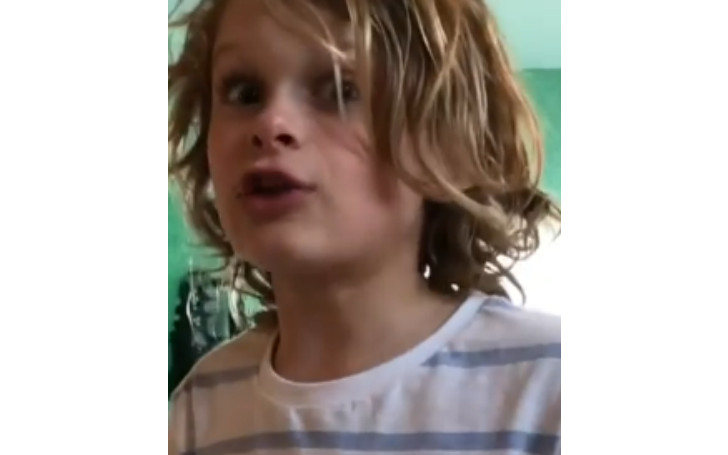 Biggy Norris is a popular Australian YouTuber who posts vlogs related to kid's games, skits, adventures, challenges, and more. He is seen along with his family on his YouTube channel. The internet personality is interested in music and has appeared in several music videos on his family's YouTube channel.

When Is His Birthday? His Age and Family!

The YouTuber was born on 30 January 2009. As of 2021, he is 12 years old. He holds Australian nationality and belongs to the White ethnicity.

Biggy was born to parents Justin Norris and Brooke Norris. He was born as the eldest son of the Norris family. His parents were former Australian swimmers. His father is best known for his butterfly style and individual medley swimming.

The social media personality is being raised alongside his siblings, Sabre Norris, Disco Norris, Sockie Norris, and Naz Norris. He shares a good bond with his siblings.

The young singer has maintained his education along with his fame. During his study, he was seen in famous shows like The Ellen DeGeneres Show, The Today Show, Sunrise, KISS FM, Daily Mail, and more.

The swimmer is too young to be in a relationship. Norris is just 12 years and trying his best to fit in the entertainment as well as the sports world. He is not dating anyone.

Talking about his parent's relationship, they both come from a swimming background. They might met during their swimming career.

The social media influencer's real name is Coda(Biggy) Cee Norris. He was interested in music and sports from a very young age and is inspired by his parent's sports career.

The internet personality is a confident child with a good knowledge of acting and the entertainment industry. Besides, he has good knowledge of skateboarding and surfing. Some of the unknown sources claim him to be a songwriter as well.

The YouTube singer is a good-looking guy with blue eyes and brown hair. Before some time, he was bullied online for his girl-like haircut.

The internet sensation is living a luxurious life with his family. His lavish lifestyle can be seen in his social media handles. He has also been featured in songs like So Pretty, Spare Time, Trolling Troop, and more.

The internet personality, along with his parents and siblings, features on the videos. His videos are famous among all age groups. He is estimated to have around $100000.

With millions of subscribers and huge popularity, they have earned quite good money. As per the latest survey, the Norris family has a net worth of around $21 Million. The family is currently residing in New Castle, Australia, New South Wales, with high profile life.