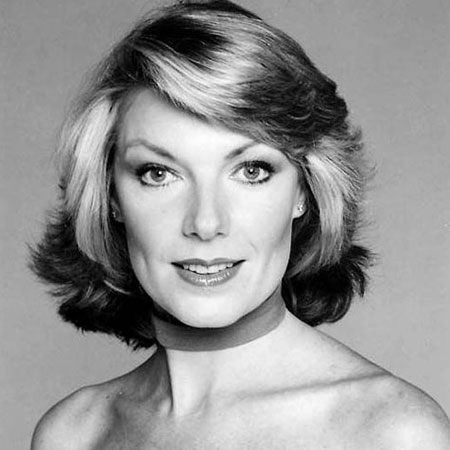 Born as Barrie Sarah Rivchun, Barrie Youngfellow, is a retired voice-over, film and television actress. She is the wife of popular screen actor, Sam Freed.

She made her appearance in several movies and television series which includes: The Scarlett O’Hara War(1980), It’s a Living(1980) and The Streets of San Francisco (1972).

Barrie Youngfellow was born on 22, October 1946, Cleveland, Ohio, US. Her born name was Barrie Sarah Rivchun. She is of American nationality and belongs to white ethnicity Her birth sign is Libra. She has not talked about her parents and siblings.

Looking into her educational background, she completed her high school from a local school in Cleveland. After finishing high school, she did her graduation from a renowned university, known as the University of Ohio.

How old is Barrie Youngfellow?

How tall is Barrie Youngfellow?

Barrie Youngfellow seems quite tall, according to her appearance her height may be range from (5 feet 4 inch - 5 feet 6 inch).

From the early 1970s, Youngfellow started her journey in film and TV industry, by casting in an episode of The Streets of San Francisco and slowly starred in numbers of television shows and made-for-TV movies which includes WKRP in Cincinnati, Nightmare in Blood, Barney Miller, Three’s Company, Vampire, It Came Upon the Midnight Clear and Moviola. She also portrayed as Joan Crawford on The Scarlett O’Hara War.

Her role as the sarcastic waitress and sharp-tongued as Jan Hoffmeyer Gray on It’s a Living from 1980-1982 on ABC and 1985-1989 in first-run syndication, made her name recognized to the globe. There are some actors from It’s a Living to last all the way through the show’s network and syndication runs which includes Gail Edwards, Paul Kreppel, Marian Mercer and herself.

Producers of It’s a Living, Paul Junger Witt and Tony Thomas, cast Barrie in the pilot episode of Blossom. The role of her was to play as the mother of Mayim Bialik's (title character). But, she did not give her continue to the project when NBC picked it up as a regular TV product. Her last appearance on Television was in an episode of Law and Order in 1998.

Youngfellow is going to be president of the California corporation (which is yet to be announced), in 2011, Inc. was established on November 20, 1978.

Barrie Youngfellow is a married woman.  Youngfellow tight her love knot with her husband, American actor, Sam Freed. He performed on Broadway and television and in movies. The pair met in the year 1982. They used to spend much of their time with each other, which uplift their feelings and emotion. Resulting after 1 year of their relationship, they eventually celebrated their married in the year 1983 in the presence of some close friends and relatives.

The beautiful couple is also blessed with a beautiful child, the symbol of their love. But, they had not revealed, the child name till yet. This shows that they don’t want their child to be followed by media and other kinds of stuff. They may also want their sweetheart to live a free and open life.

Might be interested: 63 Years American Actress Whoopi Goldberg Married Several Times, But She Has Only One Daughter

Before being married to Sam Freed, he was in an intimate relationship Michael Mund Youngfellow. The duo married in 1968. The relationship between them did not sustain long. They separated in 1975.

There is no information and details about their breakup, which is also still unknown to the public and media.

Barrie Youngfellow is an American TV Actress and former voice-over film. By, her contribution to her project, she earns a good amount of money, her estimated net worth is $9 million.

Youngfellow had played in numerous tv series which earned millions of dollars, such as It’s a Living (1980), The Scarlett O’Hara War (1980) and The Streets of San Francisco (1972). Including this fact also, she definitely earns a lot of money from her career.

On the other hand, her present husband, Sam Freed is also an American actor who appeared in several Hollywood movies. His movie named American Gangster’s gathered around $266.5 million in the box office, which budget was around $100 million.

Discover This: 42 Years American Voice Actor Taliesin Jaffe Dating a Girlfriend or He Is Secretly Married and Enjoying Life With His Wife?