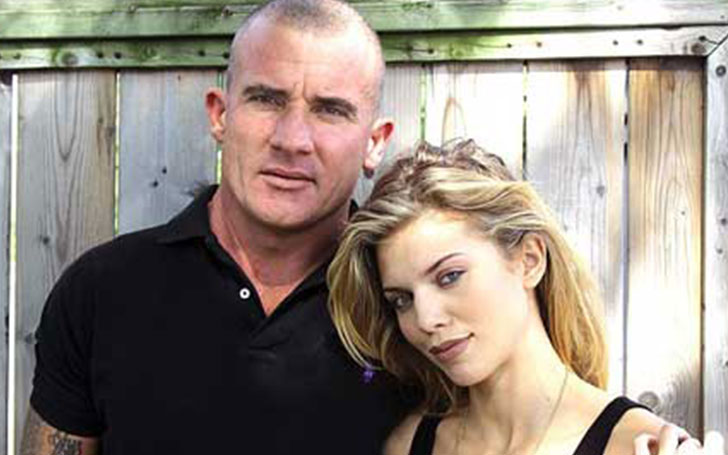 Born on 17 February 1970, Dominic Purcell is known for his role as Lincoln Burrows on the hit television show Prison Break, as Mick Rory from the CW's The Flash, and as the main character on the superhero television show Legends of Tomorrow.

Dominic has a charismatic presence on screen and he often plays 'tough guys' in most of his TV show and movies. In his personal life, he was once married to film producer Rebecca Williamson.

But is he single now or dating someone? Let's find out.

Dominic still has an on and off relationship status. But he was once married to film producer Rebecca Williamson.

The beautiful couple met in August 1997 and they started dating. After a year they got married on the 1st of August, 1998.

The beautiful couple was together for ten years before calling their marriage off and getting divorced on the 21st of October, 2008.

They together have four children - Joseph, Audrey, Lily-Rose, and Augustus.

Also Read: James Marshall divorced with wife Elettra Wiedemann. Is he dating anyone?

Dominic Purcell After the divorce

She began her career on the popular TV series Baywatch and Baywatch Hawaii. Nowadays, Brooke Burns is known as a game show host rather than as an actress.

The couple relationship did not last very long. They dated from April to June 2008.

She is best known for her acting roles on 90210, Nip/Tuck, and American Heiress.

The couple broke up in 2014. But it was just a temporary split because a year later in 2015, the romantic relationship between the actors took a turn when it was revealed that Dominic had skin cancer.

She decided to come back to Purcell as a friend hoping to provide support during the difficult period in Dominic life.

But a little while after they discovered that they were still in love with each other and decided to get back again.

The couple split up again in January 2018. But they still remain friends.

Is he single or dating?

Currently, the Prison Break star is single but it can't be guaranteed that the break up with AnnaLynne McCord will stick as they've decided to stay friends.

And yes after deciding to part ways with his wife he has been seeing other actresses.

Even after the divorce, he is still seeing his kids and love his kids.