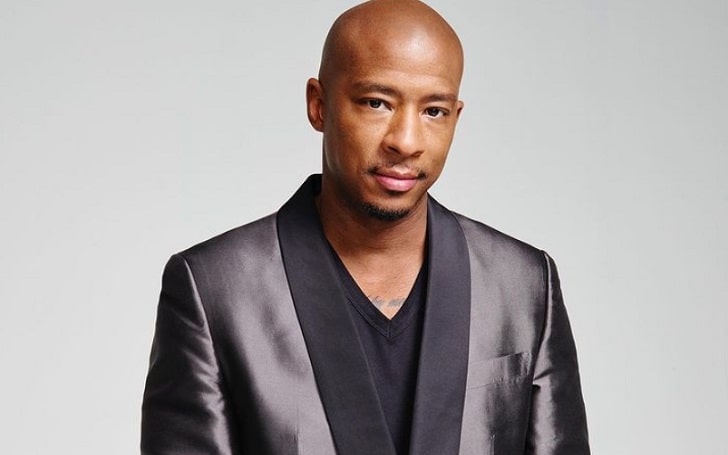 The Chicago, Illinois native Antwon Tanner is an established American actor who is popularly known for his recurring role as Skills in the hit series One Tree Hill. The actor has been in the industry since 1994 who gave up on his dream of becoming an athlete to pursue a career in acting. Regarding personal life, Tanner is married to wife Nic Thearies.

On April 14, 1975, Tanner was born to Jet Tanner and Christine Collins, holding an American nationality. He belongs to the African-American ethnicity.

Initially, he was interested in sports and had dreamed of becoming a professional athlete. The actor attended Corliss and King High Schools. After high school graduation, he gave up sports to further develop his musical ability.

Antwon Tanner came into the showbiz industry in 1996 after landing the role of Sir Echo in the television series The Client. His first work was admired by many people that received praises. He then went on to work in Sunset Park, The Sunchaser, Sports Theater with Shaquille O'Neal, etc. In the same year, Tanner starred as Derrick in the television series, Dangerous Minds. N'Bushe Wright also appears on the show.

Besides acting profession, he is also a voice actor and has given voice in different video games and series, including Nuclear Strike and Soviet Strike. Also, we can see his appearance in NYPD Blue, where he came as a Devon Claridge. Not only that, but he also played the part of Jeremiah in C.S.I.: Crime Scene Investigation. His notable other credits are One Tree Hill, Rizzoli & Isles, Checkmate, The Carmichael Show, Rosewood, Unsolved: The Murders of Tupac and the Notorious B.I.G., NCIS: Los Angeles, Boomerang, and Black Jesus.

On April 16, 2009, the C.S.I.: Crime Scene Investigation cast was arrested and accused by federal authorities of knowingly and intentionally sharing Social Security cards to cheat. And on August 20, 2009, Antwon pleaded guilty in federal court in Brooklyn to deal more than a dozen Social Security numbers worth $10,000.

Tanner was sentenced to jail for three months for the offense and reported to prison by April 30, 2010. Now, he is out of prison and is working on his new projects.

Who Is Antwon Tanner's Wife?

Tanner is a married man whose wife is said to be Nic Thearies. Black Jesus alum has shared various photos with her through his social media accounts but has not opened his marriage. So, it is not clear when they got married. As per sources, the romantic couple is the parents of three children, two sons and a daughter.

His children are Twon, Shimary, and Hilary. The actor loves spending time with them during his spare time. His wife, Nic is available on Instagram as @nic_thearies. There is no news of Antwon's extramarital affairs, so we can be sure that he is happily involved with Nic.

Net Worth In Millions

Antwon Tanner's net worth is over $1 million. He has been active in the acting industry, gaining huge names and notoriety and good assets. Further, he has made most of his gains from being an actor, and in the U.S., the average pay for an actor is $40,860. So, Tanner might have a salary in the same range.

Apart from that, he has worked in numerous big-budget movies that must have paid him well. Some of them are mentioned below:-

On the other side, Tanner makes money from advertisements and endorsement deals. Also, he has a strong presence on Instagram and his estimated earning from a single post is around $735 - $1,225.