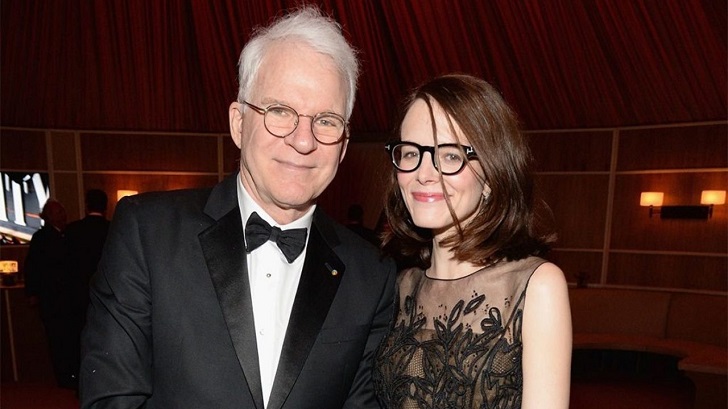 Where Was Anne Born?

Anne’s full name is Anne Powell Stringfield. She was born in 1972 in Pensacola, Florida, the United States of America. The name of her father is Dr. James Stringfield and her mother is Margo Stringfield.

Her father is a doctor in Pulmonology (the University Of Alabama School Of Medicine) whereas her mother is an archaeologist working at West Florida University. She grew up with her sister.

Anne has her own identification and reputation besides being Steve Martin’s wife. She is a writer who has worked for The New Yorker. Likewise, she also has worked as a freelance writer for Vogue Magazine.

Talking about her husband’s professional career, the 75 years old actor started his professional career in 1967 and is still active in the entertainment industry. He has starred in a couple of movies like Shopgirl, Bowfinger, L.A. Story, Roxanne, and The Jerk.

How Much Is Anne Stringfield’s Net Worth?

Anne definitely has been living a lavish lifestyle with her millionaire husband. Moreover, she might have also collected a high figure of money from her professional journalism career.

The exact figure of Anne Stringfield’s net worth and earnings are not disclosed; however, sources claim her to be a millionaire. Her husband, Steve Martin’s net worth is $140 million.

How Is Their Married Life Going On?

Anne is Steve’s second wife. The writer and Steve got married on 28th July 2007, at a private intimate wedding ceremony held in his Los Angeles house.

Close friends like Carl Reiner, Ricky Jay, Eugene Levy, Tom Hanks, among others attended their wedding ceremony. They enjoyed a honeymoon in the French West Indies.

Do you know Anne is 27 years younger than Steve? However, the age difference has not brought any difference on their relationship. The duo shares a child, daughter Mary Martin.

He was first married to Victoria Tennant. They got married in 1986 but divorced in 1994. Besides this, he was in a relationship with actress Carrie Fisher, artist Cindy Sherman, and actress Bernadette Peters.