Home gossip Is American Singer Kirstin Maldonado Married or Planning For Her Married? Know Her Affairs and Rumors

Is American Singer Kirstin Maldonado Married or Planning For Her Married? Know Her Affairs and Rumors 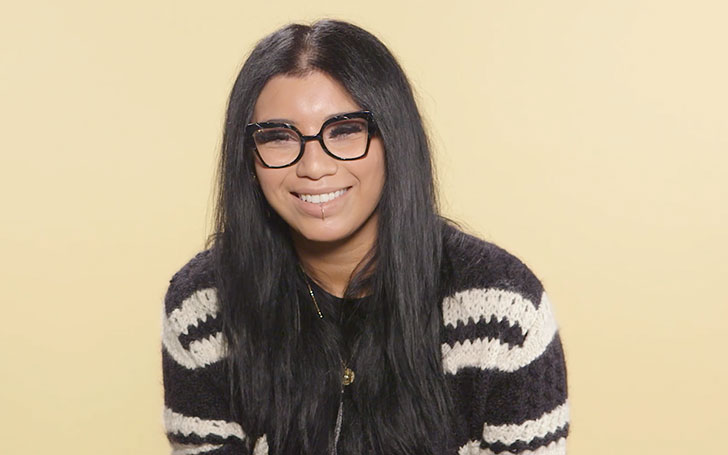 Kristin Maldonado born on May 16, 1992, is an American singer, who is the only female artist in the band Pentatonix. She is a multi-platinum, three times Grammy-winning artist who has already released seven studio albums and sold over six million copies. She even has started her own solo career releasing songs like 'love'.

Lately, Kristin has been rumored of getting secretly married. Let's find out what is really happening:

The 26-years-old singer Kristin was proposed on May 29, 2016, by her fiance, Jeremy Michael Lewis from Mexico formerly a businessman, owns his own company related to digital marketing and Interestingly they both shares the same passion as a cappella singer.

Jeremy Michael and Kristin Maldonado had a very overwhelming and fantasy filled engagement. Jeremy posted a fascinating surprise video of proposing Kristin as her reaction was flawless:

So, here's what Kristin said when she was asked about his wedding in an interview,

“I never planned out my wedding,” Kristin says. “My mom and dad weren’t together, so I never thought I would get married. I thought I would move to New York and be on Broadway; that was my goal. I was very work-focused. But I found love!”

For now they have postponed their marriage which was about to happen in 2017. But she stated some lines in an TV show,

Interviewer: So, where is the marriage Happening?

Kristin: "It is Los Angeles "It's not from the church, rather an outdoor marriage"

Interviewer: "Where did you guys first meet?"

Kristin: "We first met a Los Angeles, so we even bought a house there"

Kristin's Her Affairs and Rumors

According to her present records, Kristin Maldonado has no record of affairs with anyone but in fact, her marriage rumors have been quiet trending around the internet. There were numerous rumors of her getting secretly married. But that's just rumors, Kristin has not officially stated any news regarding her marriage and post related to it.

In fact, they postponed their marriage which was planned to happen in mid of 2017 because of hectic career schedules. She has not clearly stated the reason behind their shifting though we hope to see them married soon. Such a lovely couple isn't it?

in a time of life where everyone was in and out, happy to have known you for 4 years as a CONSTANT ❤️ love u

Kristin and Jeremy share the same passion for life as they both are Coachella singer and have performed many shows together in such you'll be in my Heart, I see the Light and Go the Distance.

Related posts: Know about the inclination of ASAP Rocky Career and a Net worth