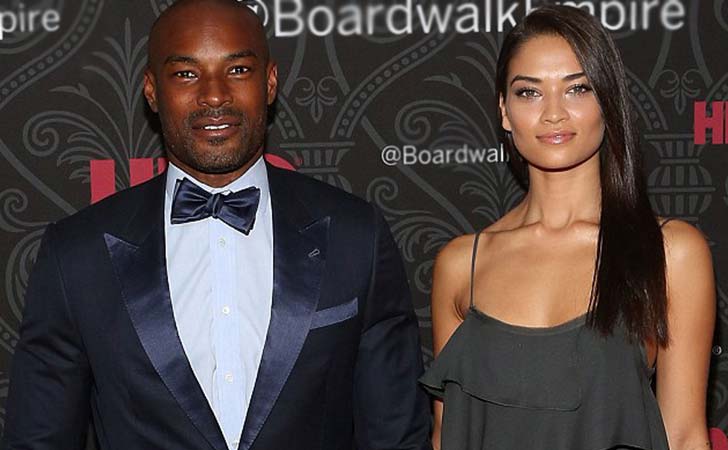 The American Actor and Ralph Lauren Polo Model Tyson Beckford, who had an affair with a number of women, recently married a British, UK born American entrepreneur Berniece Julien in the early parts of 2018.

Tyson and Berniece didn't last a year in their marriage as the couple was reported to split at the end of 2018. The couple could have split because Tyson has claimed of being 'a controlling boyfriend' even in his previous relationships.

"I have a way of putting my foot in my mouth. There is no filter and that is my problem. I kind of get controlling when she is getting dressed as I might be like ‘Don’t wear that, wear this.'"

Who was Tyson Beckford dating before he got married?

Tyson Beckford, with his prominent cheekbones and exotic eyes, is surely a ladies man and knows his way around them. He was dating an Australian model Shanina Shark. They first met in 2008 while working on a show, Make Me a Supermodel.

Later, this couple broke up in 2015 due to reasons they haven't expressed but Beckford made an Instagram post which clearly showed that he wasn't happy with how things ended between them.

Tyson also got in a late-night brawl with Shanina's fiance DJ Ruckus outside Up & Down Nightclub, Manhattan, New York. The fight was violent and a bloody mess.

The police were contacted but by the time they reached, the fighters had already escaped from the battle scene and no arrests were made.

Shanina disclosed about the fight and said that "Tyson needs to move on with his life."

Tyson Beckford and his ex-girlfriend April Roomet gave birth to Jordan Beckford who is currently 21 years old. They dated from 1997 to 1999.

April and Tyson met when April worked as a waitress in a famous restaurant named Georgia, Los Angeles. Tyson showed a keen interest in her, asked about April with the restaurant's owner and gave his number to her, which she'd accidentally thrown away.

After meeting at the restaurant, the couple began a torrid romance. They got pregnant in 1998 with Jordan. Both of them decided that they didn't want to get married.

"We were on and off for years after Jordan was born. Being on different coasts and so busy with our careers, the timing wasn’t right… Maybe later, down the line, we’ll get it together and figure it out." 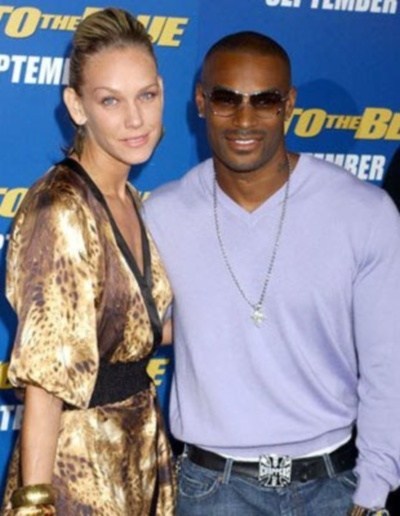 CAPTION: Tyson Beckford and April Roomet at an event
SOURCE: The Baller Life
Even after their divorce, they have managed to maintain a good relationship. Tyson made a guest appearance in an American reality show Candy Girls(2008) where April plays a token white girl.

Besides his ex-wife and the mother of his son, he has dated numerous women inside and outside the industry. In 2015, he was rumored to be dating Tatyana Ali aka Ashley Banks from 'The Fresh Prince of Bel-Air'.