Home gossip American Actor Dylan Minnette's Earns Enough to Live a Lavish LIfe: What About His Overall Net Worth?

American Actor Dylan Minnette's Earns Enough to Live a Lavish LIfe: What About His Overall Net Worth? 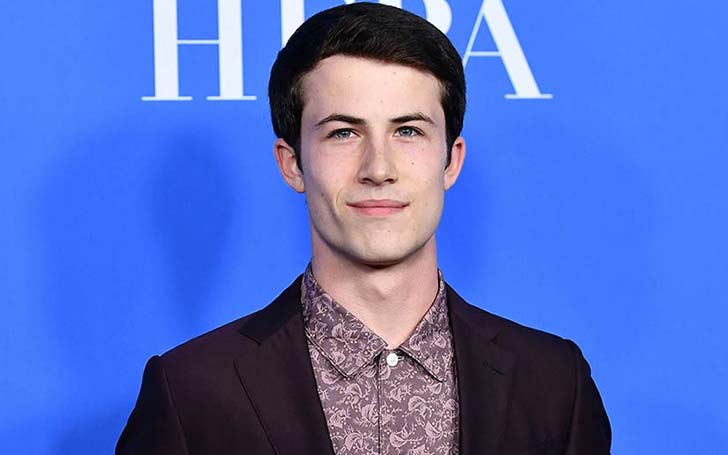 22-year-old Dylan Christopher Minnette, aka Dylan Minnette, started working in the field of acting from a very young age in a Nikelodian series, Drake & Josh, in 2005. Later he got his first major role in the movie, Let Me In, in 2010 and started gaining popularity. Starting that year he got many movie offers which contributed to his net worth today.

13 Reasons Why actor Dylan Minnette is supposed to have a net worth of more than a million dollar. From the age of 5, when he first started working as an actor, he has worked in either a movie or a TV show every year. Hence that will not come as a surprise that Dylan could be earning almost a million dollar every year.

TH1RTEEN R3ASONS WHY, aka 13 Reasons Why, is an enormously popular web TV series created for streaming on Netflix. The showrunners have decided to increase the salary of the main characters after season 2. So the increased salary of Dylan Minnette in season 3 is $200,000 per episode.

YouTube: '13 Reasons Why' Stars Katherine Langford and Dylan Minnette's in The Ellen Show

Dylan Minnette is now considered the solo lead character after his co-actress, Katherine Langford, departed the series after the second season. Minnette was already getting a higher paycheck from the start of the season with $80,000 in each episode. Hence he is getting a higher salary compared to his colleagues who are getting only $135,000 per episode.

so you been listening to nothing happens? (link still chilling in bio ofc)

Read more: Does Jesse Watters Receive Huge Salary From His Profession: What About His Overall Net Worth?

How much does Dylan make per year after getting a raise?

13 Reasons Why release 13 episodes in one season, which means that in the next season he will make around $2.6 million dollars. Season 3 of the web TV show is set to release this year. Since the earlier two seasons were released around Spring season of the previous two years, we can assume that the third season will also release around the same time this year.

What happens now? Season 3 of #13ReasonsWhy is coming. pic.twitter.com/B5brKfPGYZ

Till now Dylan's long list of acting in movies and TV shows have led his net worth to reach around $3 million USD. Though he is best renowned for his latest web TV show, 13 Reasons Why, he has also worked in some of the high grossing movies in Hollywood. Some of the movies and TV shows are given in the table.

Dylan's annual salary was $900,000 as of 2018. It is obvious that his salary is about to get much higher in 2019 because of the release of Season 3 of the famous Netflix program. In addition to that, he might also sign a contract for another TV series or a movie which could increase his salary and net worth this year.