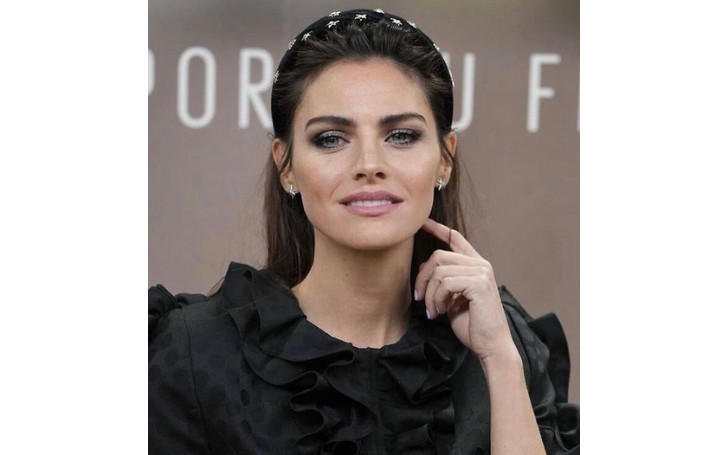 Amaia Salamanca is a popular Spanish actress and model known primarily for portraying the character of Catalina Marcos at the Spanish version of the hit  Colombian TV series Sin tetas no hay paraiso. The actress has been active in the showbiz industry since 2007 and has 34 acting credits as per her IMDb profile.

Her Net Worth Details (Movies and TV shows)

Amaia Salamanca's net worth is around $3 Million. The actress's major income source is her 15 years long showbiz career. Also, she has earned good money as a model. The average salary of the Spanish model is €2450 per month, and she might be earning in the same range.

On the other hand, her partner Rosauro Varo Rodriguez is a millionaire businessman and entrepreneur with having a fortune of more than $3 Million. Also, some tabloids claim him to own properties of around $10 Million.

Moving onwards, the actress earns from her social media presence also. She has 968 thousand followers on her Instagram account and her estimated earning per post is $2889.5- $4816.5. Salamanca has 34 acting credits starting from the 2007 TV series Los hombres de Paco as Cristina. Similarly, the actress has acted in short films like El Hormiguero: Vacaciones en el Titanic, Uncomfortable silences, Amaia's Little Helpers, Muy mujer and Enarmonia.

Likewise, the Spanish actress has acted in movies and TV shows like Dos anos y un dia, You Shall Not Lie, which also stars Eva Santolaria, Bienvenidos a Eden, El Hormiguero: Vacaciones en el Titanic, I Can Quit Whenever I Want, Get Her...If You Can, Despite Everything, Perdida, Morocco: Love in Times of War, Our Lovers, Velvet, Hold Up!, Paranormal Xperience 3D and more.

Amaia Salamanca was born on 28 March 1986 in Madrid, Spain making her 36 years old as of 2022. Holding Spanish nationality, she was born under the birth sign Aries. The actress was born to parents Rosana Urizar and Miguel Angel Salamanca and was raised alongside her sibling Mikel Salamanca.

The 5 feet 5 inches (167 cm) tall actress weighs around 55 kg. She is a beautiful lady with brown eyes and light brown hair. No doubt, the model has stunning looks and is highly fashionable. The actress enjoys her social media presence and often shares her personal life with her followers.

Besides her acting career, she works as a model for a photoshoot, videos and shows. The Our Lovers' alum was appointed brand ambassador for Codorniu and the protagonist of its new campaign, 'Live to celebrate' in October 2020.

The 36 years old media personality has been romantically involved with her partner Rosauro Varo Rodriguez since 2010. Her partner is a successful businessman. However, he maintains a low-key profile, so it's hard to get more information about his personal life. Also, it is not known whether the duo has tied the knot or not.

In addition, the beautiful pair has welcomed Olivia Varo Salamanca. Reportedly Amaia has two more children, one of whom is Nacho Varo Salamanca. The actress is living a happy life with her family members in Madrid.