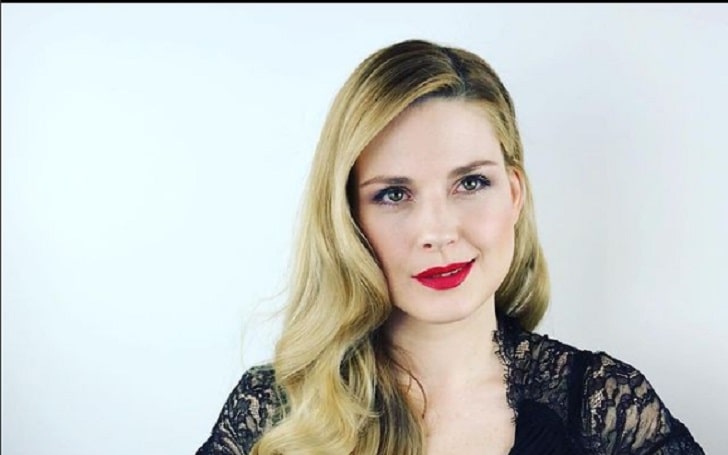 If you're one of the numerous individuals who has binged on the Netflix series Virgin River, probabilities are you've fallen for its main actress, Alexandra Breckenridge. She played the role of Melinda Monroe.

You might be curious to know about her current relationship status. Alexandra is a happily married woman whose husband is Casey Hooper, a pop musician. They have been married since 2015. Do they have kids? Learn everything below.

Breckenridge's fans were confused if she is still married to Hooper as rumors circulated, the Virgin River star is dating Martin Henderson. But it is just a controversy as Breckenridge has been married to her husband, Hooper, for six years now, and the duo is still leading a happy life.

The romantic couple exchanged wedding vows in September 2015. Besides, they have been together for a long time, and they first crossed paths at a Grammys after-party while both living in California and pursuing their careers.

Their wedding function was held in an intimate wedding in Dunton, Colorado, on September 13, surrounded by their closest family and friends. Today, the happy pair lives in a beautiful house that her mother helped design.

How Many Kids Do They Have?

Alexandra and Casey reside in Georgia with their two beautiful children. After one year of their marriage, Breckenridge gave birth to their first kid, son Jack, in September 2016. And in December 2017, the couple welcomed their second child, daughter Billie.

Breckenridge has also talked openly about her motherhood experience. On the other hand, the pair made their own home designed by Alexandra's mom Rebecca Cartwright, an interior designer.

What Is Casey Hooper's Profession?

Casey Hooper gained fame as the husband of a renowned actress. Besides that, Hooper is an established musician who is the lead guitarist for Katy Perry (once in a relationship with John Mayer). He built an interest in music from an early age.

Upon graduation in 2005, he began his musical career. Hooper has done various stage shows and auditioned for several bands and singers. Apart from performing with Katy Perry, Hooper did auditions for many artists such as Selena Gomez, Adam Lambert, and Avril Lavigne.

Career and Net Worth

The talented actress has been active in the showbiz industry since 1998. Her debut movie came in 1998 by landing the role of Kit Murphy in Ghosts of Fear Street. The actress is getting more into the spotlight after playing the part of Melinda Monroe in the tv series Virgin River.

She has starred together with other artists in Virgin River, such as Zibby Allen and Lauren Hammersley. Furthermore, Breckenridge has not only received praises from people but also different awards, including the Award of Excellence (2017), Festival Award (2015) and Screen Actors Guild Award (2018).

She has surely gathered a massive fortune by working in numerous movies and series. As per Celebrity Net Worth, she enjoys a net worth of over $2 million. The Love in Store cast is also strongly active on Instagram and makes around $2,397 - $3,995 per post.