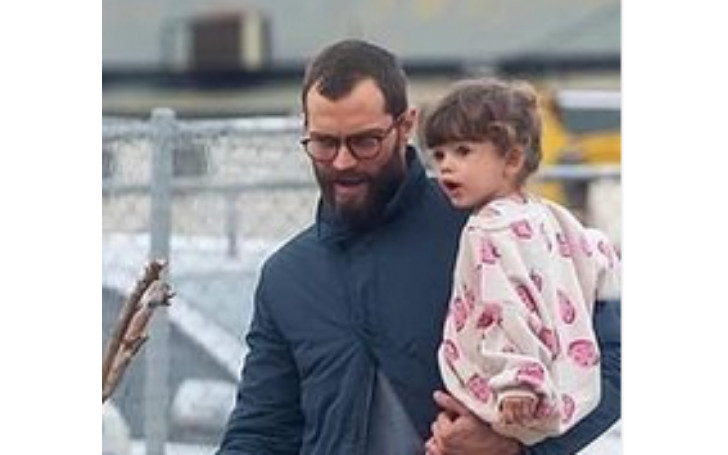 Alberta Dornan is the celebrity daughter born to Irish actor, model and singer, Jamie Dornan and Amelia Warner (British actress, musician and composer). Her father is the winner of two Irish Film and Television Awards and has been nominated for a BAFTA Television Award and a Golden Globe Award for his outstanding acting skills.

Who Is Her Mother? Age And Personal Life

Alberta Dornan is 3 years old as of 2022. Her birth name is Alberta Maeve Dornan. She was born to parents Jamie Dornan and Amelia Warner on 17 February 2019 in London, England. Her mother is a famous English musician and composer and a former actress active in the showbiz industry since 1999.

Dornan is a British citizen born under the birth sign Aquarius. The little girl is often captured in media with her family. In addition, the celebrity daughter is being raised among the stars. Her grandfather, Alun Lewis, is a former actor, and her grandmother, Annette Ekbolm, is a British actress. Likewise, Dornan's paternal grandparents are Jim Dornan, a gynecologist and Lorna Dornan.

The youngest daughter of Dornan has two elder sisters, Dulcie Dornan and Elva Dornan. She has blue eyes and brown hair. She must be pursuing her education as a Montessori kid; however, information is missing.

The celebrity kid has a healthy relationship with her family members.

Talking about her parent's relationship, Jamie Dornan and Amelia Warner tied the knot in 2013. The lovely duo met in 2010 and started dating. They got engaged in 2012. They now enjoy almost a decade-long marital life without any controversies or divorce issues.

Previously, Dornan was in a relationship with actress Keira Knightley whom he met in an Asprey photoshoot in 2003. However, their relationship ended in 2005. Dornan's on-screen chemistry with Fifty Shades of Grey actress Dakota Johnson is often talked about in the media.

Likewise, Amelia's first husband is Colin Farrell, an Irish actor. The ex-couple tied the knot in 2002; however, it was a non-legal ceremony. Sadly, their relationship ended after four months of marriage.

As the three-year-old girl was born in a well-to-do family, she is undoubtedly living a luxurious life.

Her father owns a fortune of around $14 Million. The actor earned $250 thousand for the massive hit film, Fifty Shades of Grey. The actor made a good income from different movies and TV shows. He might have received a decent figure of money from modeling career as well.

On the other hand, her mother has around $3 Million net worth. She has earned good money from her songs like Welcome to Ireland, For Love, Cow Shed, Those Two, and more.