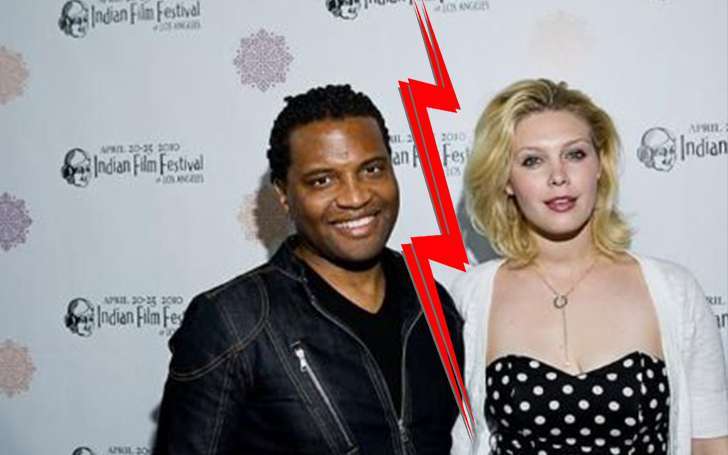 In Hollywood, marriage and divorce are as common as dirt and the newest to the divorced list is model turned actress, Alaina Huffman.

The pretty face behind the successful Canadian television series, Painkiller Jean has ultimately called off the relationship that seemed almost perfect to her fans. Canadian actress and model, Alaina Huffman ended her twelve years long marriage with her husband, Jhon Henry Huffman. The couple is blessed with four children named sons; Elijah and Lincoln and daughters Hannah and Charli

Aliana Huffman with her husband and kids.

What could have caused her to separate after a decade of relationship? Well! The picture still remains unclear as both husband and wife have kept silence on the whole matter. They refuse to provide details to the media about their separation.

Some sources, however, have pointed out to the extramarital affair of Jhon as the reason for the divorce but the conjecture yet remains to be confirmed.

Alaina Huffan gets cozy with in an interview

Finally, the battle for the custody of the kids is in the favor of the mother. Sharing her thoughts on ex-husband and becoming a single mother again, she said

"But he’s had a really hard time and he’s dealing with his own things, and it’s a bit painful. And it’s just weird, it’s like, what happened here? So I’m trying to move on with my life in a personal way and a professional way and also, I’m a single mom with four kids and it’s all me all the time."

The model turned actress, at the age of thirteen landed to her film career with a lead role in Huffman was born in Canada as Aliana Kalanj and has starred in movies like Smallville and Stargate Universe.