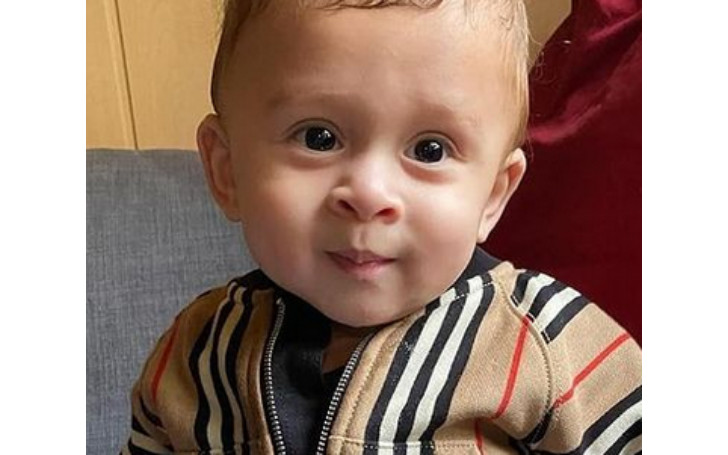 Aeko Catori Brown is a famous American star kid known for being the son of Chris Brown, a popular American rapper, and Ammika Harris, an American Instagram star.  Also, he was the topic of discussion due to his unusual name, Aeko. Besides, he is a star kid, just like Zino Antonio Scott and Kendyl Williams.

Who Are His Parents?

Aeko Catori Brown was born on 20 November 2019, making him two years old as of early 2022. He holds American nationality. Similarly, he was born to the celebrity duo Chris Brown and Ammika Harris. He has an elder sibling, Royalty Brown.

His grandparents are Joyce Hawkins and Clinton Brown. Besides being a celebrity son, he also grabbed media attention for his cute looks.

Talking about his father, Chris Brown is a noted American media personality, born on 5 May 1989 in Rappahannock, Virginia, United States. His real name is Christopher Maurice Brown.

His most famous music credits are Nostalgico, No Guidance, Look At Me Now, Loyal, New Flame, Next To You, With You, Go Crazy, Kiss Kiss, and more. Additionally, the credits of his movies are Battle of the year, she ball, takers, and more. Further, he is titled the King of R&B.

Similarly, Ammika Harris is a popular American Instagram star born in 1993 in Atlanta, Georgia, US. She belongs to the Blasian ethnicity. The baby mamma graduated from the University of California, where she studied humanities.

Besides, she is reported to be a model. She is 1.65 m (5 feet 4 inches) tall and weighs around 55 kg. She rose to fame after her relationship with the singer. Further, the model has a tattoo on her right shoulder.

Aeko is just a 2 years old child enjoying his childhood. He has a healthy relationship with his family members.

Talking about his parent's relationship, Chris Brown and Ammika Harris dated and welcomed the baby boy in November 2019. Sadly, the ex-couple separated in July 2020 after Brown unfollowed her on Instagram.

Despite separating their ways after a year of welcoming their child, Chris and Ammika share a healthy friendship and often go out for dinners.

As for Aeko, he has light brown hair and brown eyes. His name made news headlines for its pronunciation. The actual pronunciation is echo as revealed by Chris Brown by tweeting, which he deleted soon.

Besides this, Chris has a daughter, Royalty Brown, from his relationship with Nia Guzman in 2015. Similarly, he had a relationship with Rihanna, a popular American singer, Tran, Erica Jackson, Rhea, among others.

Chris Brown and Rihanna had a toxic relationship which got huge media attention. The ex-lover's relationship ended in February 2009 when Chris hit Rihanna on her head with the Grammy Award.

How Rich is Brown? His Net Worth

The two years old child is probably living a luxurious life with his family. He is estimated to have access to all the luxuries and comfort.

Talking about his father's net worth, Chris Brown has around $50 Million, which he has earned from his involvement in the showbiz industry. His estimated annual salary could be around $1 Million.

The singer resides in Los Angeles, where his mansion is worth is $4.3 million. As per sources, his house is surrounded by seven-foot-high walls. He has around sixteen security cameras in his home.

Brown has a number of luxurious cars. He has a bulletproof SUV, the boldest vehicle Rezvani Tank that costs around $350 thousand, a Chevy Impala worth $37,000, and multiple Lamborghinis. Ryan Friedlinghaus and West Coast Customs have customized his cars. He also has a private jet, luxurious Gulfstream IV worth $36 million.

Similarly, his mother is reported to have around $400 thousand. Also, the average annual earnings of the American model are $125,457. She has earned major of her fortune from her modeling career.