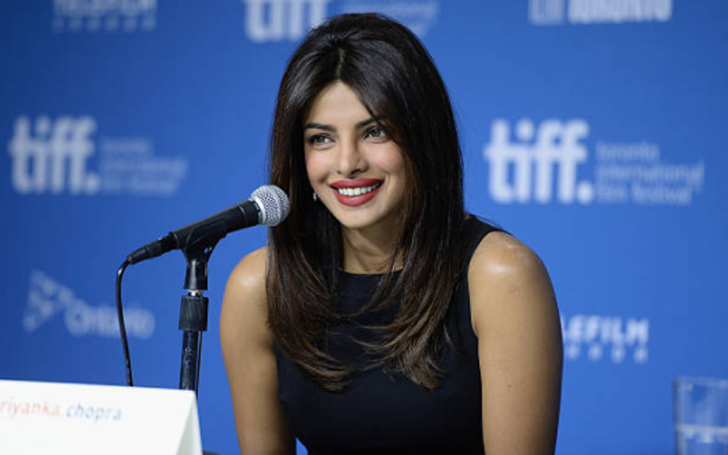 Priyanka Chopra Known by the name “PC” very well in B-Town and considered the most beautiful actress in Bollywood. Priyanka Chopra is an actress with many talents. We have seen her leading so many roles in Bollywood. From her stunning role in “Fashion” to one of the recent famous American TV series “Quantico”, she has flaunted her talent everywhere. We have even seen her singing many English songs, one of them being “In my city” featuring will.i.am. There is still so much to talk about her.

Let’s start with her biography

She was born on 18th of July, 1982 in Jamshedpur, Jharkhand of Indi to Late Mr. Ashok Chopra and Mrs. Madhu Chopra, both associated with the medical field by profession. She is called by so many nicknames during her childhood and even some of them being famous nowadays too such as “Piggy Chops”, “Sunshine”, the very famous “PC” and so on. Her horoscope sign is Cancer. PC has got her own younger brother, Siddharth.  She has three cousins, Parineeti Chopra, Sahaj and Shivang, Parineeti Chopra is also a famous actress who has recently made her mark in Bollywood and who also is in the spotlight these days.

Talking about her academic life, she has done her studies from most of the places that include the US too. She has spent her childhood mostly in Bareilly, a city located in Uttar Pradesh of India, and also in Massachusetts, and Lowa. Her studies started in La Martiniere Girls School in Lucknow, India. After some years, she then moved to the United States. There she got admitted in Newton North High School, Massachusetts. Again she then went to John F. Kennedy High School in Cedar Rapids, Lowa. After traveling so much, she then returned to India and continued her schooling at Army School, Bareilly. She also took part in Beauty Pageant in 2000 where she started her journey of her career when she was at Jai Hind College for her graduation.

She started her career in a beauty pageant in 2000. She then took part in Femina Miss India 2000 where she became the first runner-up. In the same year, she also got into Miss Universe 2000 competition and won the same.

She has featured in many Bollywood movies but she started her movie career in Tollywood in the year 2002 in a Tamil movie named Thamizhan. Then she advanced her career in Bollywood in a movie – The Hero: Love Story of a Spy as a supporting actress in 2003. After that, she has played so many movies. There has been many highs and some lows in her professional life. In the year 2005, her six movies became unsuccessful. She has worked with many well-known actors of Bollywood like Shahrukh Khan, Salman Khan, Akshay Kumar and the list goes on. She has also made some entries in TV industries to her debut being Fear Factor: Khatron ka Khiladi as a host. Little known fact about her, she is also an admirer of current PM of India, Narendra Modi.

One of her many hobbies includes singing too and she has gained so much of her popularity from singing career with her own songs like “In my city” in 2012. She had also made her own album named “Exotic” released by Universal Music India.

Her Affairs and relationship

Chopra has had many love affairs with some well-known actors. She was dating Shahid Kapoor in her early days. Later on, she then moved on and got linked with Herman Baweja. Her questionable affair with Shah Rukh Khan created the storm of hype. According to some sources, she is dating her ex-boyfriend Shahid Kapoor. Chopra current is 34 years now and her marriage is still a mystery. She thinks there is still time for her marriage.