Home gossip Is 26 Years American Music Personality Victoria Justice Dating a Boyfriend: What About Her Past Affairs?

Is 26 Years American Music Personality Victoria Justice Dating a Boyfriend: What About Her Past Affairs? 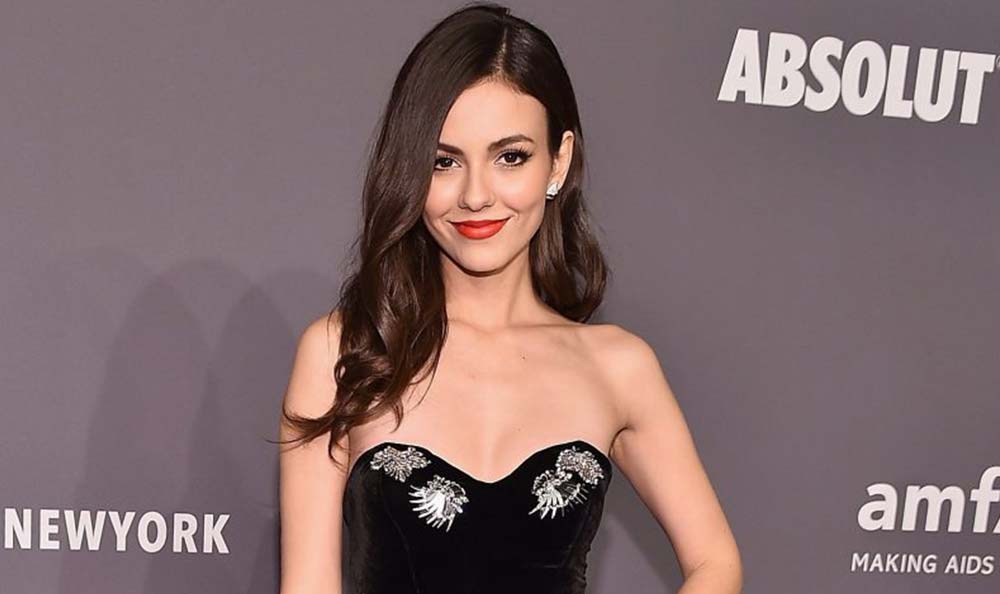 There would be very few people who do not know who Victoria Justice is. Victoria Justice is an American Music and TV personality. She is most popular for her roles on hit TV shows like Victorious and The Suite Life of Zack & Cody.

Victoria has had relationships with many guys in her lifetime. And most of her relationships have lasted for quite a while. There have been many boyfriends in her life and we know quite a lot about her affairs.

Who was Victoria Justice's First Boyfriend?

Victoria was linked with Cole Sprouse in as early as 2004 when she was just 11-years-old. They are speculated to have met on the set of the hit Disney series, The Suite Life of Zack & Cody when she appeared on an episode titled The Fairest of Them All. They dated from 2004 to 2005.

There is not much information known about this relationship of her, but it can be speculated that they could have gone on a few dates as children. Cole now is in a serious relationship with his Riverdale co-star, Lili Reinhart.

Has She Married Anyone Yet? Know Victoria's Past Affairs

Josh Hutcherson was the guy she dated after Cole Sprouse. 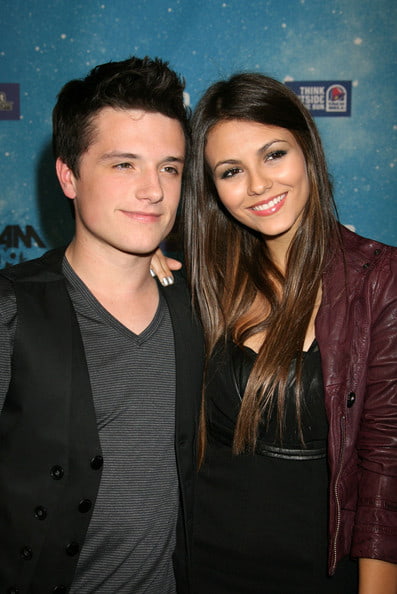 Victoria, in her teen years, had a fling with Josh Hutcherson, The Hunger Games star.  There is no information as to how did they come to meet but they made a couple of red carpet appearances during the time they were together. They were also spotted together during game nights. They were together for only a year, from 2008 to 2009.

Victoria was in a relationship with British actor Nicholas Hoult, not-so-long before Nicholas landed the role of Hank McCoy on X-Men: First Class. They were first captured on camera in 2010 when they attended a Wimbledon Championship match in London. Their relationship was also talked about in an article that contained an interview with both of them. 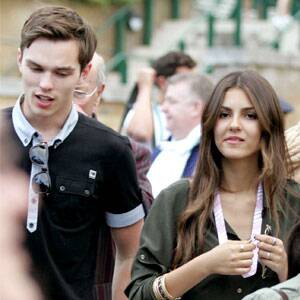 However, having to stay apart for 10 months due to Nicholas's busy filming schedule, Victoria, in November 2010, confirmed that they were not dating anymore. She said that it was hard for her to maintain a relationship with a person living in another continent.

Nicholas now has a child with Bryana Holly, and the child was born in April 2018.

Ryan Rottman was Victoria's longest lasting relationship among her many boyfriends till this point of her life.

After her breakup with Nicholas Hoult, Victoria moved on to have a relationship with her Victorious co-star, Ryan Rottman. Ryan is 8 years older than Victoria. Victoria made her first public appearance as a couple with Ryan at the Kids Choice Award event in April 2011. 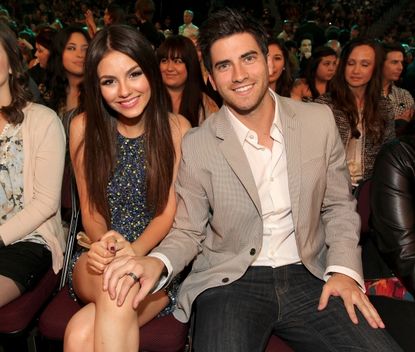 Victoria broke up with Ryan in 2013 after staying together for two years. Victoria said in an interview that they both were in different points in their lives and the break-up was mutual.

Not long after Victoria's break-up with Ryan Rottman, she was noticed to have moved on with Pierson Fode, her Naomi and Ely’s No Kiss List. 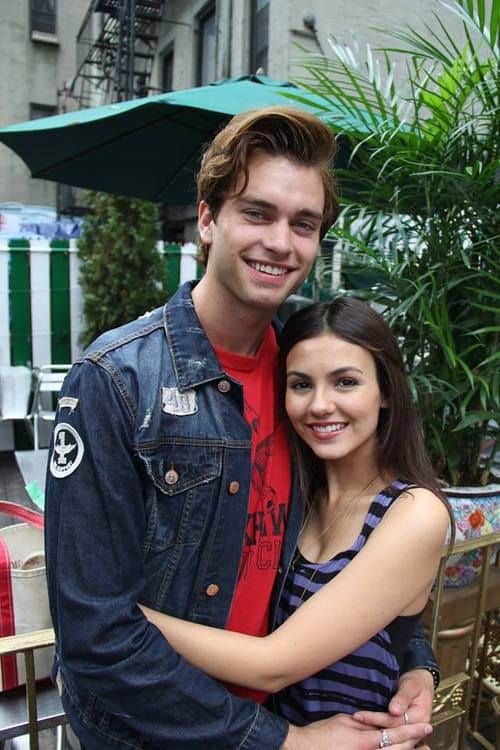 It is rumored that they both met on set and were first seen together cozying up at Staples Center’s Hyde Lounge for Beyoncé’s Mrs Carter Show World Tour. But the couple split up in November 2015.

After staying out of relationships for almost a year, Victoria was reported to have been dating actor and musician, Reeve Carney. They met on the set of Rocky Horror Picture Show.

They made their first public appearance at Just Jared’s holiday party in December of 2016. Victoria also celebrated her 25th birthday with Reeve in 2018. Carney is 10-years-older than Victoria. Reeve and Victoria are still dating each other.