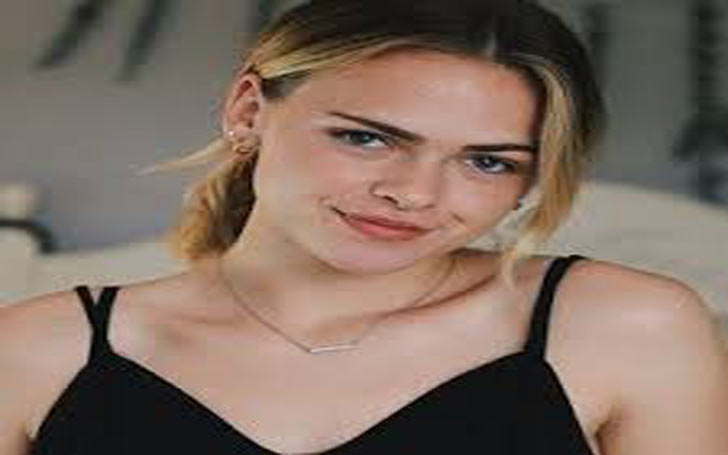 Summer McKeen is a YouTube personality and Internet sensation. She makes videos on the topic of makeup, fashion, and other things required in day to day life of a girl. Summer currently have 2,379,865 subscribers on her YouTube channel.

She joined YouTube on Jul 4, 2012. Now we know who she is and what she does let's get to know about her long term boyfriend, Dylan Jordan.

Dylan Jordan is a Social media star who turned into an actor. He is also known because of his eponymous Instagram page, where he has over 1 million followers. He also has a YouTube channel but is not active so much on it.

He went on to star as Harry on the popular web series "Afterschooled" alongside the girl he dated Summer Mckeen.

Summer Mckeen and boyfriend are happy together

Though the exact date of this couple's first date is not known, but they have been together for quite some time now.

Dylan's first appearance in Summer's channel was back in Jan of 2017. On the video where Dylan first appeared title of the video was 'Boyfriend Tag,' and the adorable couple can be seen in the video.

We can see the chemistry of this cute couple in her videos. After appearing on the first video Dylan has appeared in many videos till date. Many videos featuring Dylan and the relationship between Dylan and Summer.

Though Dylan first appeared in summer's YouTube channel, it was not the first she mentioned about her boyfriend. In an interview with LACE magazine Back in 2015 when she was asked about her relationship or is there anyone she can call special then she replied.

"He ( did not mention his name) lives very away and he was not her official boyfriend."

She was also asked about her first date and how it was on which she said that they went out to have wings and bread-sticks and had a lot of fun together shared things and she was living the moment and was happy.

Despite their long-distance relationship, they are very close to each other by hearts and love each other to infinity and beyond.

They are often seen uploading photos of each other on their social media, and it seems they are very much alive with their relationship.

Summer Mckeen was too young to have a Relationship

Let's face it, Summer and Dylan are in a relationship for at least six years.

If we consider the age she was when she started dating Dylan, then she must have been around 13 or 14, and there is no way of being in a relationship or having someone before that age.

So, we can say that she didn't have any affair or boyfriend before Dylan.